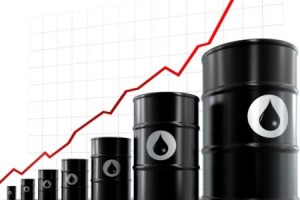 KNX 1070?s Pete Demetriou reports the price of crude oil has shot up to $107 per barrel – the highest in 10 months – on reports that soldiers with the al-Qaeda-inspired Islamic State of Iraq and Syria captured two towns in an ethnically mixed province northeast of Baghdad.

The average price of a gallon of self-serve regular gasoline in Los Angeles County dropped three-tenths of a cent Friday to $4.129, its lowest since April 7, according to figures from the AAA and Oil Price Information Service. While that price is nearly 13 cents more than one year ago, most experts are predicting a relatively tame 7 to 10 cents a gallon increase in the next two weeks as the summer season kicks off.

But any reduction in the flow of Iraqi crude due to the ongoing Islamic insurgency in the northern Iraq cities of Mosul and Tikrit could have worldwide economic consequences, according to oil industry analyst Phill Flynn, who said speculators are watching for the worst-case scenario.

“They think that Baghdad will not fall and that will be a more spirited defense of that city,” Flynn said. “But if it does fall and if the terrorists move further south, the price you’re paying at the pump today is gonna look like a bargain in a couple weeks.”

CBS News reports that a cellphone video from the Kurdish-controlled city of Irbil in northern Iraq showed the Islamic militants putting on a show of force in Mosul, parading vehicles captured from Iraq’s military through the country’s second biggest city.

A fighter using a loudspeaker urged the people to join the militant group “to liberate Baghdad and Jerusalem,” according to CBS News.

President Barack Obama said Friday he is weighing a range of options for countering the violent Islamic insurgency in Iraq, but he warned government leaders in Baghdad the U.S. will not take military action unless they move to address deep-seated political troubles.

“We’re not going to allow ourselves to be dragged back into a situation in which, while we’re there we’re keeping a lid on things, and after enormous sacrifices by us, after we’re not there, people start acting in ways that are not conducive to the long-term stability and prosperity of the country,” Obama said from the South Lawn of the White House.

The president did not specify what options he was considering, but he ruled out sending American troops back into combat in Iraq. The last U.S. troops withdrew in 2011 after more than eight years of war.

Flynn said crude analysts will closely watch the developments in the region over the next few days.

“We’re gonna see some type of uptick; how dramatic it will be will probably be dependent on the events over the next 24 to 48 hours,” Flynn said.

Climate McCarthyism Claims Yet Another Victim