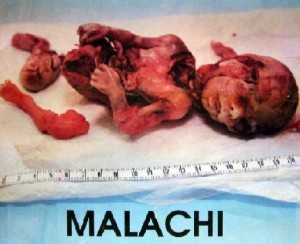 Before the time of the Great Disenchantment, when the Sun of the Risen Lord still hung heavily in the hearts of the Western Kingdoms. Where the thundering miracle of life still held its solemn gravity in the Houses of God, and the greatest gift from the Ancient of Days to mortal man was the helpless pink visage of love from the body of woman — Mankind treasured life.

This uncanny miracle, repeated over and again in billions of human cycles of pain and indescribable joy, has not lost its luster. But how alluring is the blackness that Men wrestle with in Ages of Spiritual Madness- having counted their unencumbered existence superior to the gift of children and would indeed cull them from the earth for the crime of reminding us of our own once sweet innocence.  Whether immolated in the pagan arms of Molech or bathed in the saline fire of the Abortionist’s needle, the blameless are held hostage to a rebellious race’s insanity. And for His trouble, we grind into the earth the Creator’s grace: extinguishing a gift, that if fully understood, could allow us to make sense of His deep longing for the refashioning of our crooked hearts.

Once, when we cried out for a visitation, our answer to God’s ineffable love was to lash His Beautiful One to crossed-beams of wood and to avenge ourselves on His offering to man. So many ages have passed and our monstrous lust for brutality remains unabated. In the helpless personages we are charged to protect, by the spirit of some dark and errant star we have fixated our hearts upon, we persist in that unholy injustice that grew from Cain because we would not understand what it meant to walk and give in the light of love.

God forgive us when men and women are willing to avert their gaze from the spectacle of their own murdered children—Children whose sacred lives were sacrificed on the altar of selfishness and social expedience; after having been weighed in the ideological balance, and been found wanting.

Glenn Fairman writes from Highland, Ca. He welcomes your correspondence at [email protected].  He can be followed at www.stubbornthings.org and on Twitter.

In Case You Missed It:  Students in Colorado walk out of schools in protest of worthless mask mandate
Posted in Freedoms.

Augustine's City of God, perhaps the greatest work of literature springing from the Latin tongue, offers us a treatise on...