If Russia gets its way the Space Station may soon be off-limits to the United States soon. 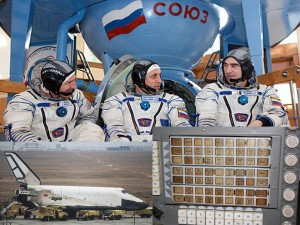 For weeks now, there have been rumblings about Russia wanting to ban the United States from using the ISS while the two countries wrangled over Ukraine.  Russian Deputy Prime Minister Dmitry Rogozin argued that “the Russian segment [of the ISS] can exist independently from the American one. The U.S. one cannot.”

Since Obama terminated the U.S space shuttle program, we’ve depended on Russian rockets to carry U.S. astronauts to the ISS. NASA has a contract to continue these flights through 2016 — at $70 million a pop. After that, Russia would be within its rights to deny U.S. astronauts seats on Soyuz rockets. If America wants to send astronauts up after the contract expires, joked Rogozin: “I propose that the United States delivers its astronauts to the ISS with the help of a trampoline.”

An even more immediate problem facing America is Russia’s threat to cut off access to the RD-180 rocket engines that the United Launch Alliance uses in its Atlas V rockets. These are the big beasts that carry U.S. military satellites into space. They’re critical to national security. But we’ve only got enough RD-180s stockpiled to keep ULA supplied for about another 22 months.

John MC Cain and Obama have been supporting the wrong groups in the middle east, terrorist. Now these same terrorist are...