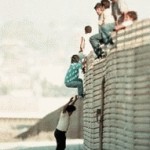 University of California Professor Darrell Y. Hamamoto warns that the influx of illegal immigrants into the United States is part of a plan to create a new underclass of people who can be re-educated in order to create a subservient underclass.

Hamamoto, a Professor of Asian American Studies at the University of California, Davis, said to Infowars and expressed his shock at what he sees as a clear “plan to destroy national sovereignty” through mass uncontrolled illegal immigration.

Hamamoto warns that the influx of illegal immigrants into the U.S. and by extension into the college education system is part of a deliberate plot, “to exclude the American middle class from a UC education and create a new demographic of largely immigrant or foreign national undergraduate population that can be re-educated from the ground up and controlled much more readily.”

Hamamoto’s warning is noteworthy given his position at one of the most liberal institutions in the United States. The professor acknowledged that his vocal stance against illegal immigration has already prompted a backlash, but that he had no reservations in going public.

“I am fairly certain that this is also going on at UT and other “public” institutions of higher learning, so Infowars subscribers will “get it,” wrote Hamamoto. “Everyone else will be really pissed off at me….I am already being harassed by the administration and informed on by trained student-rats, so truly this is not a risk for me.”

The professor added that UC Davis, “is gearing up for what they call the “Hispanization” of the University of California, which means in-state or full-ride tuition to both illegals and the offspring of illegal immigrants.”

Seeking to draw more attention to the issue, Hamamoto is preparing to launch a stunt based around, “a campaign calling for racial “equality” by demanding that thirty million Asians of different nationalities (be) brought into the USA and integrated into the National Security Welfare State.”

Making reference to this week’s controversy surrounding the DHS’ purchase of 42,000 pairs of extra large underwear that are needed to clothe an influx of overweight illegal immigrants, Hamamoto writes, “One of my purposely ludicrous arguments will be that the US govt. will save hundreds of thousands of dollars buying XS-size underwear for Asians as opposed to XXXXXXL-size drawers for illegal immigrants from Central America.”

“La Raza, MeCha, and all the other ethno-nationalist interest groups will really get their pantalones in a bunch thanks to this campaign. This plan to destroy national sovereignty cannot be argued through rational means, so I will orchestrate a complete parody of this bogus crisis,” writes Hamamoto.

Professor Hamamoto will appear on the Alex Jones Show soon to discuss his campaign in more detail.

In Case You Missed It:  CDC Changes Definition of “Vaccine”, Vindicates Alex Berenson
Posted in Tyranny and tagged Illegal Immigration, Liberalism, US Citizen.