by Daniel Greenfield : This is interesting not just because the contents provide proof that Obama did in fact set out to shift support to the Muslim Brotherhood, but because of the source of the revelation. 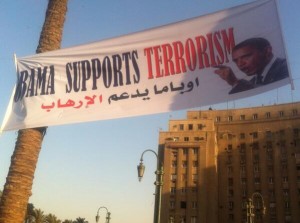 The Obama administration conducted an assessment of the Muslim Brotherhood in 2010 and 2011, beginning even before the events known as the “Arab Spring” erupted in Tunisia and in Egypt.

The President personally issued Presidential Study Directive 11 (PSD-11) in 2010, ordering an assessment of the Muslim Brotherhood and other “political Islamist” movements, including the ruling AKP in Turkey, ultimately concluding that the United States should shift from its longstanding policy of supporting “stability” in the Middle East and North Africa (that is, support for “stable regimes” even if they were authoritarian), to a policy of backing “moderate” Islamic political movements.

To this day, PSD-11 remains classified, in part because it reveals an embarrassingly naïve and uninformed view of trends in the Middle East and North Africa (Mena) region.

The revelations were made by Al Hewar centre in Washington, DC, which obtained the documents in question.

Through an ongoing Freedom of Information Act (FOIA) lawsuit, thousands of pages of documentation of the US State Department’s dealings with the Muslim Brotherhood are in the process of being declassified and released to the public.

A State Department Cable classified “Confidential” report says the following: “Benghazi Meeting With Libyan Muslim Brotherhood: On April 2 [2012] Mission Benghazi met with a senior member of the Muslim Brotherhood steering committee, who will speak at the April 5 Carnegie Endowment `Islamist in Power’ conference in Washington, D.C.

Another State Department paper marked “Sensitive But Unclassified (SBU)” contained talking points for Deputy Secretary of State William Burns’ scheduled July 14, 2012 meeting with Mohammad Sawan, the Muslim Brotherhood leader who was also head of the Brotherhood’s Justice and Construction Party. The document is heavily redacted, but nevertheless provides clear indication of Washington’s sympathies for the emergence of the Muslim Brotherhood as a major political force in the post-Gaddafi Libya 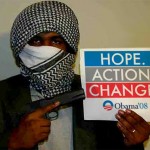 The story is from the Gulf News, which operates out of the Anti-Brotherhood UAE. Al-Hewar, which actually got hold of the documents, is linked to the International Institute of Islamic Thought… which is a Muslim Brotherhood front group.

Figures in the Muslim Brotherhood had threatened to leak understandings with Obama Inc. This is the next best thing. It warns Obama that if he tries to forget about them, they can prove that the relationship was official policy.

Daniel Greenfield,  is a New York writer focusing on radical Islam and has a blog Sultan Knish. He is completing a book on the international challenges America faces in the 21st century.

By Keith Pounds:  Ongoing terrorist trends and tactics across the globe well prove that American schools are among the next...