By Joel Gehrke:   Kevin McCarthy, the California Republican who replaced Virginia Rep. Eric Cantor as House majority leader, said that there is an “opportunity” to negotiate for the legalization of illegal immigrants, but only after the border is secured. 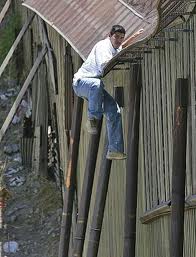 “I believe there’s an opportunity,” he said on Fox News Sunday. “But if you don’t secure the borders, there’s nothing.”

McCarthy seemed determine not to repeat Cantor’s mistake of appearing out of step with the Republican base on immigration.

One of the top House Democrats advocating for legislation along the lines of the Senate immigration bill has given up, at least on the legislative process.

McCarthy blamed the current influx of unaccompanied children on a lack of border security.

“Look at the humanitarian crisis that is happening right now along the border states. These are children coming from three major countries in Central America. They’re going across. Kids are dying,” he said. “It’s because our borders are not secure.”

With the rapid advance in Iraq of the deadly terrorist group calling itself the Islamic State of Iraq and Syria...