Today marks the fifth anniversary of the first published post of The Conservative Papers appearing on the web.

On July 7, 2009, The Conservative Papers came to fruition. With almost 9,000 posts along with a growing library of content, we are increasingly expanding our presence on the Internet and social networks.

We originally created this website and community because Obama had just taken office and the freedoms we enjoy were slowly eroding.  We had hoped that by today, our fifth anniversary, Obama would have either been voted out of office or impeached for his many transgressions and crimes. However, that is not the case, and we find that we have to fight harder than ever to make the public aware of Obama’s socialist agenda. 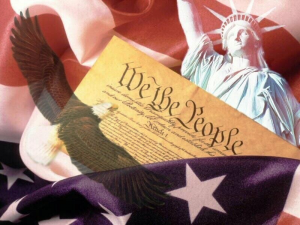 The scandals of Benghazi, Fast and Furious, AP, IRS and EPA targeting conservatives, Americans being spied on, and the harmful legislation of ObamaCare, amnesty for illegal aliens, and other socialist policies have put pressure on Obama, but not enough to begin impeachment.  However, together we can spread the ideas and values of conservatism of the US Constitution in order to preserve this great republic that we all hold dear.

So far, 306 articles of impeachment have been documented against Obama on our website and have been used as a reference for many news sites including the Washington Post.  In addition, the topic has been debated in many political forums and can be found with a simple search on Google.  We are making progress.  We recommend that all Americans work harder to encourage Congress to begin impeachment so that we can restore freedom to our great nation.

We would like to take this opportunity to thank our readers, writers, and to those who have contributed their thoughts and comments in helping us to achieve this milestone anniversary. As usual, we welcome your suggestions and ideas on how we can continue to bring the content you enjoy most.

What Would Our Founding Fathers Think of Things Today?

MRCTV visited the Jefferson Memorial in the Nation's Capital on Fourth of July weekend to find out what people think...