Watching the influx of unaccompanied minors crossing our southwestern border daily, a reasonable man could conclude that we are living out the fevered dreams of a dystopian novel. The United States has lost a basic aspect of sovereignty. Control over its borders is a relic of the past. 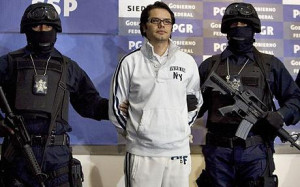 Having traversed Mexico with the help of drug cartels freely operating human trafficking networks, Central American minors are voluntarily entering the United States through the Rio Grande Valley. They’re shepherded to the border, where they cross on their own and seek apprehension by Department of Homeland Security agents, believing that minors won’t be deported.

According to Brian Bennett’s intensely reported July 5Los Angeles Times story, U.S. Customs and Border Protection figures show that officers took fewer than 4,000 unaccompanied children from El Salvador, Guatemala, and Honduras into custody annually for most of the last decade. Then, in fiscal year 2012, officers seized 10,146 unaccompanied minors. Last fiscal year, they took 20,805; between last October and this June 15, they nabbed 39,133. The overused word “crisis” fits the numbers—indeed, “invasion” doesn’t seem too strong. By July 8, however, the White House had downgraded the invasion from a “crisis” to a “situation.”

Many Americans are deeply disturbed by the “situation.” They resent the expenditure of resources and the appropriation of facilities for the detention of the minors. They fear the public health consequences of their dispersion, with reports reliably indicating, despite attempts to suppress the information, the presence of tuberculosis and other unwelcome conditions among them. They also suspect that the president of the United States supports the situation. 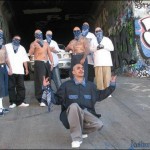 The infamous gang Mara Salvatrucha, or MS-13, is reportedly taking advantage of the immigration crisis along the U.S. border.

Saturday on the Fox News Channel, Border Patrol Agent Hector Garza said that up to 70 percent of the agents are being pulled off patrolling the border to handle the administrative paperwork needed to deal with the unfolding humanitarian crisis of ten thousands of unaccompanied minors flooding across the U.S.-Mexico border.

Not counting instances when he quoted a letter from a citizen or cited dialogue from a movie, President Barack Obama...