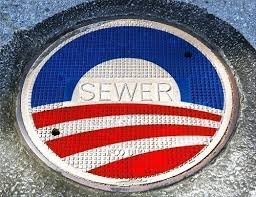 The nature of Schadenfreude can be manifested in many interesting and perverse forms. I must admit that savoring the long-awaited comeuppance of an American regime, albeit a Progressive one that has breached its constitutional limits and grasped at powers that the Founders had judiciously restrained from its clutches by force of law, carries with it a certain unwholesome satisfaction – like a man who cheers for the destruction of a cherished house that has been ripped away from him and appropriated for unholy purposes.  The righteous demand for justice, embedded like iron in the marrow of our bones, is invigorated when we witness either a man or a political ideology finally getting its just desert – even if we should ourselves suffer mightily in the process.  Anyone who has partaken of Solshenitsyn’s “Archipelago’” understands this sentiment intimately. The careful reader recalls how, while toiling in the permafrost as a zek bricklayer, he prayed that the West would exact their nuclear vengeance on that ungodly slave system of the East — cauterizing its wickedness forever.  Alas, the USSR’s fall would be generations hence before even a muted justice would be accorded its suffering millions, and in a way wholly unexpected.  And if we complain that our prayers are answered in such meager provisional fashion, then maybe it is because our vision itself is negligible. For ultimately, the arc of justice exceeds the perception of the human horizon, to a place where mortal mind and eye cannot now venture.

However, sometimes justice is afforded in the near term, and the irresistible judgments of some natural law will not be denied. Indeed, often the maxim “when it rains, it pours” alights upon evil and vacuous men whose clotted vision results from treacherous and tyrannical intent.   On this very day, the blackened clouds that follow Barack Obama are clearly cosmic recompense for the political hubris that comes when you believe that you are an unbreakable Teflon-coated figure of destiny.  Even if one possesses an infinite supply of unquenchable pride or that character of lawless villainy that answers to no authority save one’s own darkened reason, no flesh can withstand for long the sanctions of God or Man when he has deviated beyond his appointed boundary.  To be sure, history is littered with those who deemed themselves either blessed, fated, or even “The One” who would fulfill the charge of completing Nimrod’s Tower.  Believing that they had within themselves the capacity to transform civilization or society by force of will alloyed with the Luciferian dream, these men only succeeded in setting themselves and their legacies aflame – and in the process, shattering their Great Political Houses and orphaning those who shared that foolish veneration for shooting stars that ended up irrevocably as broken and smoldering idols — feet of excrement mixed with common clay.

Watching the “Great Transformer” twist in the wind is as surrealistic as a Monty Python skit. And still, like Pharaoh, he will not relent nor repent of the destruction he has wrought.   A recent photo featured two marines holding umbrellas that provided “cover” from a few drops of rain — all while the dullard clumsily fielded questions. This picture is duly ironic, since Obama despises the spirit of our military except as a means to project that malevolent will and ensure America’s decline into a nation indistinguishable from Venezuela or Cuba.  And indeed, has he not defecated upon every traditional virtue that America owns that has made her great and noble?  As a strange trick of history, it is the military that has helped cover his nakedness from the willingly blind—even as he has allowed brave men in our armed services to perish for the purpose of his own “political cover.” Is hamstringing the American military at the crossroads of the most dangerous epoch of human history — all while demanding that it do more and more to quell the volcano he has deliberately stoked, truly the policy of a prudent statesman, or is it the curious stratagem of a lunatic juggling chain saws on a tightrope?

Rain is falling on Obama – and it is likely to continue doing so for the foreseeable future as the blood from Benghazi cries out from the earth along with the metastasizing cancer of IRS malfeasance that threatens to blow the hull from the U.S.S. Hope ‘n Change.  How longingly we have waited to see its putrid hulk flounder dead in the water as a tsunami of continuing scandals and crimes, that can no longer be ignored, threatens to send it down deep into history’s watery abyss. And if we must suffer in the short term in order to bring a nation of vagabonds, vampires, and leeches to their collective senses – then so be it.

Rain is cleansing and invigorating: but until recently, the cleansing action of water has slipped off Obama and Company like off a duck’s back.  Nevertheless, even as we breathe, his Marxian “fellow travelers” and those supporting catamites from our Fourth Estate (who have been morally complicit in his calumnies) are diving head first off this scandal ridden ship and  distancing themselves from the most incompetent, most morally compromised, and most Anti-American administration that America has ever had the dishonor of enduring since our singular Founding.  As these Media vermin vomit up their Kool-Aid for raw oxygen, they are likely to get angrier: first, for being made to look like suckers; and second, for having seen theirTemple Egalitaria being renovated into not a City on the Hill, but into a Sodomite brothel.  It is not a comely sight when “True Believers” devour their own in an ideological bloodletting, once they realize the liberalism’s august textbook veneer houses a haunt of lice and spiders that feed upon the flesh of Western Civilization with gusto.

We can only pray that the rain does not abate until it unearths every hidden nauseating secret that has been buried in its shallow grave in that gilded monstrosity we know as the District of Columbia.  We only wish the chance to be able to vehemently spit upon those who thought us rubes and yokels for holding fast to our Constitution, as the rain reaches its crescendo and the flood waters break their banks — washing the entire stinking cesspool down the Potomac, and into the sea.

Pat Buchanan cites ways 'diversity' has harmed United States. Speaking to the Hispanic Chamber of Commerce in Albuquerque in 2001,...