Former Israeli National Security Adviser Yaakov Amidror said on Wednesday that the only way Israel will be able to completely stop the rocket fire from Gaza is for the IDF to retake the region. 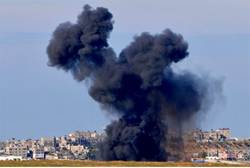 “We’ve never had a crushing blow that hurt the other side’s the ability to launch missiles,” Amidror told Channel 10 News, adding that he believes the only way to achieve complete quiet is to “retake Gaza and be there for six months to a year to clean it out.”

Amidror, who in the past headed the Research Department of Israeli military intelligence, explained that the extent of the IDF’s operation in Gaza depends on “how much we are willing to pay for quiet in the south.”

He estimated that an operation retaking Gaza would require three to 13 days. “Then we would have to remain there between six months and a year, in order to clean up Gaza. Only then will we be in a situation where they won’t fire at Israel,” said Amidror.

He stressed that the price of such a military operation would be dozens of casualties, but added, “I think eventually there will be no choice. If we cannot force Hamas to ask for a ceasefire by attacking from the air, we may have to go into Gaza.”

Amidror’s comments are not the first time that it has been suggested that a retake of Gaza is the only way for Israel to stop the rocket fire. Foreign Minister Avigdor Liberman has proposed a full operation against Hamas there multiple times over the past year, following several periods of heavy rocket fire from Hamas and Islamic Jihad.

Almoz added that the pressure on Gaza will grow in the coming hours and the IAF attacks will become even more intense.

Leaders of top conservative organizations joined forces to deliver a clear message to Republican lawmakers: Allowing the charter of the...