Less than 3 percent of the U.S. population identify themselves as gay, lesbian or bisexual, the Centers for Disease Control and Prevention reported Tuesday in the first large-scale government survey measuring Americans’ sexual orientation. 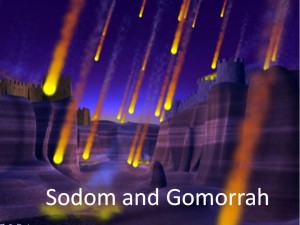 The National Health Interview Survey, which is the government’s premier tool for annually assessing Americans’ health and behaviors, found that 1.6 percent of adults self-identify as gay or lesbian, and 0.7 percent consider themselves bisexual.

The overwhelming majority of adults, 96.6 percent, labeled themselves as straight in the 2013 survey. An additional 1.1 percent declined to answer, responded “I don’t know the answer” or said they were “something else.”

The figures offered a slightly smaller assessment of the size of the gay, lesbian and bisexual population than other surveys, which have pegged the overall proportion at closer to 3.5 or 4 percent. In particular, the estimate for bisexuals was lower than in some other surveys.

In Case You Missed It:  Justin Trudeau promises to transform Canada into a covid prison camp if re-elected
Posted in Freedoms and tagged homosexuality.

By Alan Caruba :  I predict that, as Obama’s approval and popularity continues to decline, we will hear him and his soul...