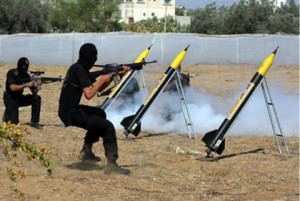 The IDF has released another video which shows how Hamas deliberately puts civilian lives in danger.

The video shows that Hamas hides weapons and missile launchers in densely populated areas and sends men, women and children directly into the line of fire to be used as human shields for terrorists.

Hamas has openly boasted about the “success” of its strategy of using civilians as human shields during Operation Protective Edge, and the IDF has published extensive evidence of the practice.

By contrast, the IDF has dropped leaflets, sent phone messages, and issued general warnings to all civilians within range of upcoming airstrikes to prevent further harm.

The IDF has also called off attacks upon realizing that there are innocent civilians in the area or, as shown in the video below, when seeing the terrorist target enter an ambulance.

The Propaganda and Politics of MH17

Eric DraitserActivist PostThe downing of Malaysian Airlines flight 17 (MH17) is a tragedy that will be remembered for years to...