Just 90 minutes into the “humanitarian” “ceasefire”  Hamas emerged from a terror tunnel, detonated a suicide bomb and took one Israeli hostage back through the tunnel.

IDF soldier feared kidnapped Terrorists emerged from a tunnel shaft, and a suicide bomber detonated near soldiers prior to the suspected kidnapping; the IDF says incident is ongoing and that it is in the midst of efforts to track down missing soldier.

Some of the terror tunnels are almost 2 miles long and cost upwards of $1 Million each to construct. Some of that construction money comes from American tax payers. Some of those tunnels were built with entrances INSIDE United Nations buildings, ostensibly with tacit UN approval.  Here is an image of the kidnaped Israeli soldier, Hadar Ben Leiah: 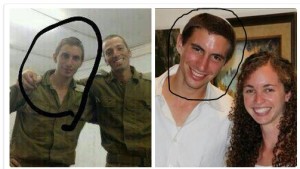 THE IDF spokesman said that around 9.30am Israeli soldiers came under fire in an area around the border of the southern Gaza Strip and “there’s a fear” that during the incident a soldier “has been kidnapped by the terrorists”.

The spokesman added that the family of the soldier had been informed. The military said the situation is still evolving and that the IDF is making “big efforts, operational and intelligence, to locate the soldier”.

Jews Condemned Whilst Christians Are Decimated And Dispersed

By David Singer : As the war between Israel and Hamas enters its fourth week - the frenzied condemnation of Israel for exercising...