A Cambridge University disease expert warns that terrorists are planning a dirty bomb containing the Ebola virus, even planning to send Muslim suicide teams in the public to spread the disease. They may travel in planes, go into crowded shopping malls, then it spreads from there. 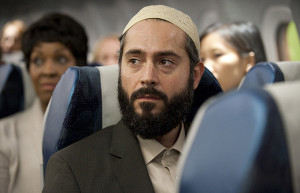 Speaking to The Sun, biological anthropologist Dr. Walsh says that the risk should be taken seriously of terror groups getting their hands on the Ebola virus, one radical Muslim group was suspected of collecting bodies of the dead in Africa last week.

A bigger and more serious risk is if Muslims manage to harness the virus as a powder, then explodes it in a bomb in a highly populated area. It would cause a large number of horrific deaths.

Walsh states that Muslim terrorist are trying to harness the virus out of west African nations where the outbreak is prevalent.

“Only a handful of labs worldwide have the Ebola virus and they are extremely well protected. So the risk is that a terrorist group seeks to obtain the virus out in West Africa where it is out int he open, uncollected bodies are a true risk.

This scenario could “cause a large number of horrific deaths.

It is a threat that is taken very seriously.

Ebola has no vaccine or antidote. However, to American missionaries Brantly and Writebol were given an experimental treatment last week, according to international relief group Samaritan’s Purse. Brantly works for the group, and the group originally said that only Writebol got the treatment. Brantly also received a unit of blood from a 14-year-old boy, an Ebola survivor, who had been under his care, according to the organization.

Obama: No Consequences for Treason and America’s final Destruction

By Sher Zieve  This is a column I had hoped I’d never have to write.  But, the USA has failed itself…totally.  Its...