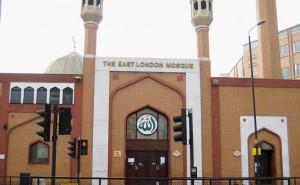 Eight years ago, after Benedict XVI gave his controversial Regensburg address, most European commentators were shamefully timid in their response. Most refused to raise their heads above the parapet, preferring the coward’s option of not making any response at all. In the light of this continuing cowardly silence, it is timely to remind ourselves of the ugly face of Islamic fundamentalism.

At the darkened heart of radical Islam is what Bishop Nazir-Ali, the former Anglican Bishop of Rochester, has called a “dual psychology … of victimhood, but also the desire for domination.” In my own homeland numerous new mosques have sprung up across the country, many of which are being staffed by fundamentalist clerics. Such extremism seems to flourish in the pluralistic climate of so-called multiculturalism and has contributed to the alienation of so many young Muslims from the society into which most of them have lived all their lives.

The alienation works in both directions with many Britons feeling alienated from their self-ghettoised Muslim neighbours. In a recent poll, one in five Britons stated their belief that “a large proportion of British Muslims feel no sense of loyalty to this country and are prepared to condone or even carry out acts of terrorism” and more than half of those polled considered Islam a threat. These frightening figures caused the writer and historian Niall Ferguson to conclude, with characteristic candour, that a terrorist attack could be “the trigger for the next English civil war.” Since Ferguson also stated that he suspected a terrorist attack as being “bound to happen … sooner or later,” he was effectively saying that England has a loaded weapon pointed at its head, with the trigger poised.

The polarization of British society into mutually antagonistic factions has forced even the most dyed-in-the-wool pluralists to concede that multiculturalism has proved a dismal and destructive failure. Ruth Kelly, a senior member of Tony Blair’s last government, suggested in the days before she chose to leave the political arena for a career in banking, that the multi-cultural experiment “may have resulted in a more fractured society,” thereby uttering a truth that would have been considered an unmentionable blasphemy in Labour Party circles until recently. (Since Ms. Kelly is a member of Opus Dei, and is therefore, presumably, a tradition-oriented Catholic, her rise through the ranks of the feminist-fuddled ranks of the Labour Party has always been a mystery to me. Perhaps the refreshing sanity of her rebuttal of her own party’s long-standing dogma might have something to do with the deeper creed to which she adheres.) Heralding what appeared to be a revolutionary u-turn in her government’s thinking she called for an “honest debate” on “integration and cohesion”: “We have moved from a period of near uniform consensus on the value of multiculturalism to one where we can encourage that debate by questioning whether it is encouraging separateness.” This is almost Orwellian in its doublethinking convolutions: multiculturalism, the battle cry of anti-racist egalitarians, is now seen as apartheid! The comrades must be getting a little confused by the political somersaults they are being asked to perform.

Nor was multiculturalism the only longstanding Labour Party dogma that Ms. Kelly attacked. Addressing the thorny subject of mass immigration, she argued that to discuss the subject was not being racist. This must have come as a big surprise to most of her comrades, not least because the Labour Party has effectively stifled all debate on the subject of immigration for half a century on the grounds that questioning the wisdom of large-scale immigration was “racist.”How many more eyebrow-raising revolutionary revelations can the comrades be expected to take?

Even stranger than the sight of members of the Labour Party coming to their senses is the sight of Hollywood actors speaking words of prophecy. John Rhys-Davies, the actor who plays Gimli the Dwarf in Peter Jackson’s adaptation of Tolkien’s Lord of the Rings, spoke with ominous potency on the deeper meaning of Tolkien’s epic: “I think that Tolkien says that some generations will be challenged, and if they do not rise to meet that challenge, they will lose their civilization.” Then, with that gift of “applicability” which Tolkien himself proclaimed was the way in which his work should be read in relation to events in the world, Mr. Rhys-Davies drew some sobering conclusions. As with the civilization of men in Middle-earth, our own Western civilization was in a “precarious” state because of a “collapse” in population. “Western Europeans are not having any babies,” he lamented.

“There is a demographic catastrophe happening in Europe which nobody wants to talk about,” he continued, “that we daren’t bring up because we are so cagey about not offending people racially. And rightly we should be. But there is a cultural thing as well … By 2020, fifty per cent of the children in Holland under the age of eighteen will be of Muslim descent.” This combination of declining European birth-rates, coupled with large-scale Muslim immigration, constitutes not so much a racial threat as a threat to western culture, he concluded.

“There is a change happening in the very complexion of Western civilization in Europe that we should think about at least and argue about,” he said. “If it just means the replacement of one genetic stock with another genetic stock, that doesn’t matter too much. But if it involves the replacement of Western civilization with a different civilization with different cultural values, then it is something we really ought to discuss … True democracy comes from our Greco-Judeo-Christian Western experience. If we lose these things, then this is a catastrophe for the world.” 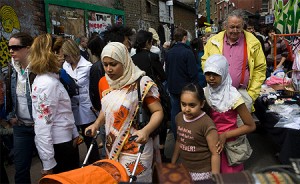 The ultimate lesson to be gleaned from rational criticism of the irrational nature of Islam, such as that offered in Benedict XVI’s perennially relevant Regensburg Address, and the violent reaction to such rational criticism by Muslims the world over, is to be found in these words by Mr. Rhys-Davies, who is veritably a Giant in Dwarf’s clothing.

Europe has learned its lesson the hard way and it is doubtful whether she will ever recover. If the United States is to avoid the fate of Europe, which seems destined to become Eurabia unless she can be re-evangelized with the Christian culture of life, it must heed the hard lessons and avoid the mistakes of multiculturalism and prevent any future mass migration of non-Christians into North America. We have been warned. We have seen the Arabic writing on the wall.

Books on the topic of this essay may be found in The Imaginative Conservative Bookstore.

This essay first appeared July 18, 2014 on Imaginative Conservative and is reprinted

In Case You Missed It:  Study: Over Half of Migrants and Refugees Are on American Taxpayer-Funded Welfare
Posted in Terrorism and tagged dhimmitude, Europe, Immigration, Mosques, Revolution, Terrorism, United Kingdom.

Former Secretary of State Hillary Clinton explained that Hamas hides their military weapons among civilians due mainly to geography, not...