An overwhelming majority of Americans say they have deep worries that illegal immigration will erode the country’s culture and economy, revealed a new poll. 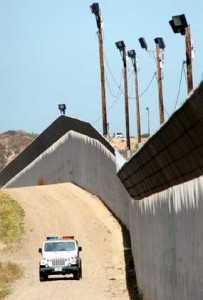 A Reuters/Ipsos poll showed that 70 percent of Americans — including 86 percent of Republicans — say illegal immigrants threaten traditional U.S. believes and customs, as well as jeopardize the economy.

Despite the hundreds of millions of dollars spent by the Chamber of Commerce and high-tech lobbying groups like FWD.us, as well as the free ride the mainstream press have given them in support of more amnesty, Americans think unchecked immigration, especially illegal immigration, impacts American workers and places a burden on social services.

The issue is resonating far beyond border states, as the Obama administration has burdened local governments from coast to coast by dumping illegal immigrant juveniles, nearly 90% of whom are teenagers, in communities that often can least afford to house them.

The Left will deride those opposing amnesty and immigration as racists but the problem is in fact culture.  Obama has threatened to bypass congress and acting alone by unconstitutionally passing amnesty for illegal immigrants. Obama is rapidly letting into this country tens of millions of people from cultures foreign to the West, it can’t help but negatively impact our culture in a negative way.

They’re not coming here to become Americans like our ancestors did, they’re coming here to take advantage of our compassion and our social programs and both have already been stretched to the limit caring for those in our country who already are abusing it.  They’re coming here at the invitation of globalists in order to effectively erase national sovereignty and establish a new world order based on Marxism; all that multiculti, equality, non-discrimination indoctrination pumped through our institutions these past 50 years has sufficiently conditioned our population to being merely bewildered as our nation is destroyed in front of our very eyes.

WASHINGTON — Obama is considering airstrikes or airdrops of food and medicine to address a humanitarian crisis among as many...