President Barack Obama says U.S. corporations that adopt foreign addresses to avoid taxes are unpatriotic. His own administration helped one $20 billion American company do just that. 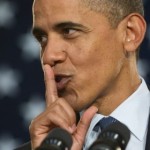 As part of the bailout of the auto industry in 2009, Obama’s Treasury Department authorized spending $1.7 billion of government funds to get a bankrupt Michigan parts-maker back on its feet — as a British company. While executives continue to run Delphi Automotive Plc from a Detroit suburb, the paper headquarters in England potentially reduces the company’s U.S. tax bill by as much as $110 million a year.

The Obama administration’s role in aiding Delphi’s escape from the U.S. tax system may complicate the president’s new campaign against corporate expatriation. After a wave of companies announced plans to shift addresses this year, Obama last month labeled the firms “corporate deserters.”

The Delphi case also highlights how little attention the administration paid to the tax avoidance technique until recently. Only this year did Obama include a measure in his annual budget proposalto prevent some tax-driven address changes, which are known as “inversions.” Thanks to gaps in a Congressional ban on contracts with inverted companies, his administration continues to award more than $1 billion annually in government business to more than a dozen corporate expats.

In Case You Missed It:  FIREWORKS: Next Week Will Be Explosive – Indications Mounting that Both Arizona and Georgia 2020 Valid Election Results May Move These States to Trump NEXT WEEK
Posted in Tyranny and tagged IRS, Obama, Obamanomics, Taxation.

President Barack Obama drew the diplomatic line somewhere at the first ever U.S-Africa summit at the White House this week...