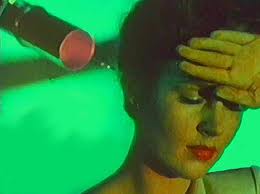 It is the stuff that nightmares are made of. Science fiction is replete with tales of creatures rising up out of the earth — abducting and murdering humanity in terrifying fashion when their doom was least expected. The film Tremors introduced us to “graboids:” monsters that could pluck Kevin Bacon from a lawn chair while sucking down a beer in the serene California Mohave, while H.G. Wells’ The Time Machine gave us “Morlocks:” futuristic troglodytes living in a subterranean world and venturing topside only to collect and feast on the trusting Eloi.  As a child, Invaders from Mars gave me fits as townspeople disappeared one-by-one into a sandpit beside a crooked split rail fence and were whisked away into a tunnel to await a spinning needle administered to the base of their skulls.  The fact that it was only  lurid fantasy did not make these spectacles any less horrifying.

It was these images that came to mind upon learning what Israeli Defense Forces uncovered during Operation Protective Edge – that such monsters do exist.  By now, whatever yet remains of the straight shooting fourth estate has reported on the “Killing Tunnels” constructed by Hamas for the sole purpose of executing a demonic offensive into the towns peripheral to Gaza. As of now, the discovery of over 31 painstakingly created tunnels, extending as far as 3 km into Israel, has brought to light the equivalent of a Hamas “9/11 style” plot where it was hoped that 10,000 deaths and/or kidnappings were to occur on Israel’s high holy day of redemption: Rosh Hashanah.  Excavated and fortified by concrete and steel over a period of years by a regime screaming that the Israeli embargo was choking off the very life of Palestinians, each tunnel appears to have been paired and large enough to convey wheeled vehicles such as militarized motorcycles to assist in their brazen onslaught. Reporter and author Mordechai Ben-Menachem (featured in Pam Geller’s Atlas Shrugs) has served as a trusted source in fleshing out the details of this monstrous operation. He writes:

Israeli military officials reported that the tunnels are stocked with tranquilizers, handcuffs, syringes, ropes and other materials used for subduing abductees, civilians and soldiers.  The tunnels also had fantastic quantities of explosives and additional military materiel meant to be used in the up-coming mega attack.  Much of these explosives had already been placed underneath Israeli kindergartens.  Some of these tunnels were as deep as 30 meters underground.

Given what we have already gleaned from the Muslim fundamentalist zeitgeist, we should not be greatly surprised that the courageous and fervent servants of the ever merciful Allah thought it tactically prudent to single out kindergartens for detonation. In fact, the historical scenario of murdering and carrying off as many infidels as possible by sedating and dragging them back into their Gaza stronghold would seem to dovetail nicely with Islamic war doctrine. The initial offensive wave of Palestinians who would have burst from their tunnels later next month would be comprised of three distinct groups: Muslims dressed in IDF uniforms, explosive-vested homicide bombers, and what have been characterized as “large men” who would have overpowered and transported hostages. This maximization of pain and carnage would culminate five years of work and tens of millions of foreign dollars sent by enlightened hearts to alleviate the trauma of “suffering Palestine.”

But the question begs to be asked: what did Hamas believe would be the Israeli answer to such diabolic audacity perpetrated on the most sacred day of the Jewish calendar? Although the absolute value for life – even the lives of its enemies, is greater by an order of magnitude for the Israeli conscience, could any sane human believe that such a nightmarish attack would be answered by anything short of a lightning strike of unprecedented wrath? It is one thing to fire missiles, and quite another to butcher toddlers by hand: a hellish tactic that only the greatest vigilance on the part of the IDF has forestalled. Therefore, the only “reasonable rationalization” for such a Doomsday plan would be to drive the passions of Israel to critical mass, and to provide an irresistible provocation so as to ignite the Middle East into a scenario of total war. It is not fanciful conjecture to conclude that Hamas believed that an Israeli decimation of Gaza would unite the universe of jihadi sympathizers who believe they possess both the means and strategic position to destroy the “Zionist entity.” Whether this fatal calculation was fortified by secret agreements or merely the wishful thinking of moral termites — led by the nose to their own destruction — is fruit for future speculation. Looking back in retrospect, the faithful should be comforted with the mournful bittersweet realization that the murder of three young men might well have short-circuited Armageddon. Such sacrifices are not lost on those who acknowledge the Deity’s saving hand in a region wherein the devil never sleeps.

It has been reported that Muslims of good conscience have paid the ultimate price in Gaza, either for protesting the inhumanity of Hamas or in failing to lend their assent to martyrdom as human shields. Israel is then faced with the conundrum of having to separate the sheep from the goats. It is probably safe to say that a good percentage of Gazans now rue the day that in their exuberance they perverted democracy and hitched their carts to a dragon. But such is the fate of peoples whose religious flirtation with hatred and death inevitably returns to waylay them, seven-fold.

There are 5,000 command and control tunnels that span the length and breadth of Gaza in which men — presumingly without fangs dripping with green venom – men whose appearance does not appreciably differ from you or me – are morally indistinguishable from werewolves. Believing their cause is just and that they are therefore blamelessly ushering in the Kingdom of Allah on Earth, they are inoculated to the reality that their hearts have conspicuously turned to stone and their consciences as to flint. And as monsters beget a host of progeny that overpower the world like locusts, it may one day be necessary to drive them from their secure haunts into waterless lands where they will finally consume one another with weeping and gnashing of teeth. Having seen what horrors Gaza’s Morlocks had in store for her, Israel may now be on the cusp of internalizing this solution as its only chance for survival.

As for those who have made their bed on the volcano’s rim – living on nerves and consumed with the horror that the phantasm has taken form – will any of them pass a night’s sleep without barring the door or securing a weapon within reach? And if you are certain that orcs and ogres are but a fata morgana brought on by the rising vapors of desert climes, just question the folk of Nahal Oz, Sa’ad, or Kfar Aza if that thing that goes “bump in the night” is a chimera – or the faint echo of a demon scratching – fifty fathoms deep.

In Case You Missed It:  NYC, DHS will release non-toxic gas at 100-plus locations in preparation for chemical, biological attack: Is Biden's America in danger?
Posted in Freedoms.

Why does the Left expect us to tolerate intolerant cultures like that of Iran? Will moral relativism be the end...