PPER MARLBORO, Md. – A Maryland jury has awarded a white teacher $350,000 in damages for being discriminated against by his former principal, an racist African-American woman. 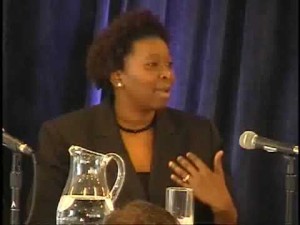 The Washington Post reports teacher Jon Everhart, 65, filed a lawsuit in 2010 against Prince George’s County Public Schools on the grounds that Largo High School Principal Angelique Simpson-Marcus subjected him to abuse because of his race.

Everhart claims Simpson-Marcus called him “poor white trash” and “white b—-,” and told students that the “only reason a white teacher teaches in (Prince George’s) County is that they can’t get a job elsewhere.”

Simpson-Marcus’ hostility toward Everhart reportedly began in 2003 when both were working as teachers in Largo High School. Everhart says Simpson-Marcus told him that if she ever became principal, he would be the first person she would fire, the Washington Post reports.

Bryan Chapman, Everhart’s attorney, said that when Simpson-Marcus became the school’s principal in 2007, “Everhart, who was once named the school’s Teacher of the Year and who received stellar evaluations, started to receive unsatisfactory performance evaluations,” the news site reports.

Media reports indicate Everhart was fired after the 2009-10 school year.

Everhart says his years of harassment from Simpson-Marcus contributed to a decline in his health, including high blood pressure and heart problems.

“I never said any of those things,” she claimed. “I don’t use that kind of language.”

However, a group of Largo High School employees claims otherwise and said he is a liar.

According to a 2011 Washington Post article, several faculty members said Simpson-Marcus “routinely called her secretaries names, such as ‘chicken heads,’ ‘ghetto’ and ‘hood rats” and many other terrible things.

The teachers also said they were mistreated for vocally supporting Everhart.

A judge will decide if Everhart should also be awarded back pay, retirement and health benefits, and the restoration of his teaching certificate, the Post adds.

Prince George’s school leaders may appeal the $350,000 ruling, while the racist Simpson-Marcus remains on the job.

In Case You Missed It:  Lt. Col. Scheller Incarcerated and Sent to the Brig for Speaking Out against Weak US Generals for Surrendering Afghanistan, Stranding Americans and Arming Taliban Terrorists
Posted in Freedoms and tagged hate, hate crime, Racism, United Socialist States of America.

Why China’s rich are escaping China

Pollution, tainted food and education are causing many of the country’s wealthy to flee, survey finds. Earlier this year, the...