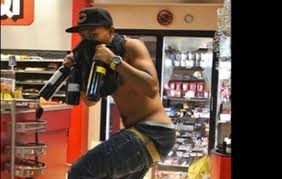 Given my druthers, being on the receiving end of a policeman’s sidearm is not the way that I would prefer shuffling off this mortal coil.  However, there is a profound difference in suffering that indignation as an innocent, or in the malicious act of attempting to wrestle an officer’s instrument of mortal judgment from his determined hand.  As of yet, we are not quite privy to the catalogue of facts that would tell us conclusively whether Michael Brown is Al Sharpton’s latest checkered martyr, or just another in a long line of  aspiring thugs whose criminal reach exceeded their earthly grasp. Nevertheless, the media gods have pre-determined the winners and losers in their version of this P.C. morality tale — even though the word is slowly filtering out that those pious advocates of racial justice have once again rolled snake eyes by prematurely championing the cause of a common brute. In the long run, it will matter little — since it is axiomatic that true believers hear what they want to hear, and disregard the rest.

But even if barbarians ultimately reap their terminal reward, the lawless cities that incubate human dysfunction view justice in quite a different fashion than “cracker hayseeds” by way of their Middle American morality. Let there be no mistake, every American urban basket case has been under the control of liberalism for decades, and the pathologies they are now experiencing are only the prelude to what lies ahead when the civic cancer fully metastasizes.   Ferguson, and a thousand cities like it, have fallen down the rabbit hole because they have disregarded justice and are deficient in the moral accountability that must accompany human dignity.   These cities languish in their present hopeless condition because they are the stillborn children of the condescending liberal dream – the natural consequence of existential and moral slavery given in exchange for perpetual political power. Indeed, it is a system of the worst sort — designed to produce the dull and manageable and to ensure that generations of hapless drones that think and act as chattel can be called upon to vote on cue. Know this: everyone who is beholden to an ideology that ensnares men and women into a state of miserable perpetual grievance is a slave to a master dwelling in the whitewashed mansion of the Welfare State.

Aristotle tells us that a slave is 3 things:  he is a tool, is not of his own, and lacks reason. And while the verdict is still out as to whether the philosopher meant that slavery was a natural or conventional appellation, only in the land of e pluribus unum can a man be born free, yet slowly acquire his chains as the result of a perverse moral/political education. The first link is forged when you are told that America remains a rigged game favoring one race over another, and the next grabs hold when it is whispered that it is pointless to swim against one’s cultural current. Moreover, as upright civic conduct and traditional moralities are redefined or abandoned for lower and “more realistic” expectations, liberalism’s siren song of popular culture subtly informs the dependant classes that any inordinate struggle or deferral of pleasure is suspect – since the singular pursuit of academic excellence bears the disgrace of “acting white.”

As the educational system conflates wisdom with contemporary opinions that blur the distinctions between noble and base, both the life of productive sacrifice leading to virtue and the gilded pursuits of popular culture are reduced to the relative discretion  of taste. In truth, the wholesale acquisition of money and/or fame are alone accorded the highest good – with little quarter given as to how those goods are acquired. As the fallacy that poverty creates crime (rather than the inverse) and the meme that ethnic solidarity trumps abstract moral duty both gain legitimacy in communities of demolished families and incidental fathers, the non-judgmental state fills the vacuum once held by natural and values-based institutions.  And as wide swaths of the lower and underclass acclimate to the stunted horizon and palate of de facto slavery, the trap is sprung. In the most insidious fashion, the prey then voluntarily enter into the initially tolerable bonds of servitude where few will ever escape – thanks to the seductive ligature of managerial liberalism.

Moral slaves are guided by emotion and therein lack the rationale necessary to determine what is just.  Therefore, they are resolved of responsibility when they destroy their environments by looting and burning the very businesses that keep their community afloat. Many of Ferguson’s damaged businesses were black owned, which muddies the black rage meme of justified violence. Moreover, just how the gutting of a liquor store or beauty supply, after carting off its booty of alcohol, cigarettes or artificial hair, fits into the righteous narrative of racial injustice is anybody’s convoluted guess.  But any political ideology whose primary cleavage demonizes the haves for the interests of the have-nots has its roots affixed in the Marxian fable of the longsuffering underclass – and one’s offending color is perhaps incidental in the matter.

Whatever the justification, Ferguson’s continuing riots have been duly sanctified by the reigning High Priest of Liberalism: America’s half-caste Overseer-in-Chief who transubstantiates violent rage into “peaceful protest” with the blessing of his mystical nine-iron. For what it’s worth, it is now known that Obama’s DOJ, never passing up a chance to take the racialist high ground, was instrumental behind the scenes in keeping Michael Brown’s strong-arm robbery video on ice for days. But ultimately, in the snake pit of identity politics and not so subtle race-baiting, passion and cynicism trump reason, and who among the Progressive Guardian elite can restrain that Kraken when it summarily emerges from its abyss spewing fire and hate – and after surveying the resulting ashes – pronounces its handiwork  as “justice?”

Caution should be taken when politicians endeavor to transform America by legislating to the lowest common denominator.  Those who have been taught all their lives to “think feelings and feel thoughts” cannot be relied upon to perpetually refrain from biting the hand that feeds them or to discern the sour from the sweet. This is why liberalism’s third wave, in its degenerate understanding of the human heart, is soundly defective. The art of riding the tiger is perfected by the knowledge of how to dismount without becoming an entrée. Even now, no Son of the Left has ever heeded this warning: that in the quest for cynical political advantage, harnessing the primal volatility of race is akin to lassoing a tsunami.

One can discover much about the core of an ideology by considering the character of those it aims to represent and serve.  If you take into account: the attempted murder of police officers, racially directed death threats, wanton days of destroying what you did not build, the gnawing spirit of grievance and entitlement, the absence of moral accountability, the perverse education of despair and a seething tribal hatred supplanting even the most fundamental quality of reason, then what are we to conclude about the genuine unvarnished complexion of liberalism?  In a month or two, the calliope will halt and the usual suspects who butter their bread stirring ethnic turmoil will pass onto more productive pastures. In following that peculiar vintage blend of cash and race hatred — like dogs after vomit— will they not leave the city of Ferguson even more wretched than before – as just another morbid stop on liberalism’s itinerary of 21st century plantation life east of the Rockies?

In Case You Missed It:  Dr. Scott Lively talks Afghanistan and why Americans should be worried in his new show on Brighteon.TV
Posted in Freedoms.

By Austin Hill: Participation in the US labor force is at an all-time low, consumption of taxpayer funded welfare services is at...