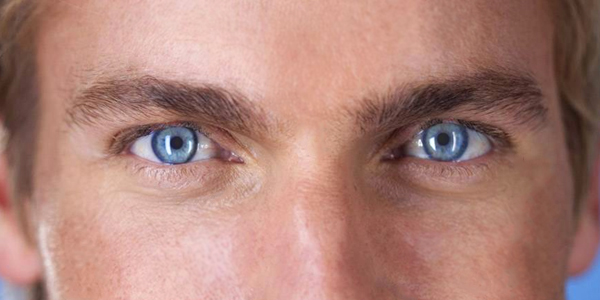 The Western world is outraged after terrorists beheaded U.S. journalist James Foley and are now threatening the life of another American if President Barack Obama doesn’t end military operations in Iraq – but a high-profile military analyst warns things could get worse because Americans have gotten far too comfortable and may soon begin seeing the rise of the “blonde-haired, blue-eyed Muslim terrorist.”

“We’re too comfortable in this country,” said retired Navy Capt. Chuck Nash, who served more than 25 years as a naval aviator, including in temporary liaison billets ashore in Turkey and northern Iraq. “We’ve got large two oceans that have protected us. We’ve got a sieve on our southern border. There is a lot going on in the world, and we were just faced with the brutality of it. We have to realize there are just some bad people on this earth.”

He noted that a lack of U.S. border security and reports that at least 1,000 Westerners have joined the Islamic State of Iraq and Syria, or ISIS, put U.S. security at great risk.

“I think we’re in big trouble,” Nash said. “Now you’re going to have people coming back who have experience who are not afraid to fight, are not afraid to die. They think they’re the true believers. Those people are traveling on American, British and other European passports, where they can very easily slip in under the radar.”

Nash also argued that Obama is wrong to distance the terrorists responsible for the beheading of Foley from the Islamic faith they claim is driving their rampage across Iraq and Syria. He said the lack of a cohesive strategy against ISIS will hinder progress against the enemy.

On Tuesday, ISIS released a video showing a masked terrorist with a British accent beheading Foley. Another American reporter, Steven Joel Sotloff, was also shown on the video. ISIS vowed to kill him next unless the U.S. changes course. In a statement condemning the horrific murder, President Obama claimed the ideology of ISIS is separate from any religion.

“ISIL speaks for no religion. Their victims are overwhelmingly Muslim, and no faith teaches people to massacre innocents. No just God would stand for what they did yesterday, and for what they do every single day,” Obama said.

Nash said while the vast majority of ISIS victims are Muslims, the president is blurring some very important lines.

“They are radical Islamists, and you cannot separate Islam from what’s being done here,” he said. “There are no Christians, Buddhists, Shintos anywhere in the ISIS organization. Let’s call it for what it is. These are radical Islamists. They have formed together to go step up from terrorism to a full-blown army to achieve what they have wanted to do since Osama bin Laden started this third jihad, and that was [t0] establish a caliphate.”

Nash doesn’t believe the beheading of an American will result in much change in the U.S. policy toward ISIS. He said the existing approach needs a massive overhaul, beginning with a comprehensive strategy.

“The strategy has three major components,” he said. “You have a diplomatic, you have a military and you have an economic (strategy). Horizontally through all that you have an intelligence component, which informs the decision-makers in the three main pillars.”

Right now, Nash said, the U.S. is simply “plinking” individual targets and is not working on a long-term plan. In addition to choking off as much money as possible, he said there should be diplomatic pressure to get Turkey into the fight in northern Iraq to assist the Kurds in the east. He said those forces plus a regrouped Iraqi army in the south should have a great impact without involving U.S. ground forces.

“We could totally envelop them and put pressure on all three fronts,” he said. “They would splinter, and at that point you roll them up. Without that full picture, we’re just flying sorties and dropping bombs. Motion should not be confused with progress.”

A sign carried by a protester in Ferguson, Missouri, declaring the presence of the Islamic State, or ISIS, is an...