A Republican congressman warned Americans that  Obama would not be able to adequately protect the nation from the threat posed by the Islamic State in Iraq and Greater Syria (ISIS) — the terrorist organization that has taken over large parts of Iraq — because the administration’s policy is being guided and influenced by “Muslim brothers.” 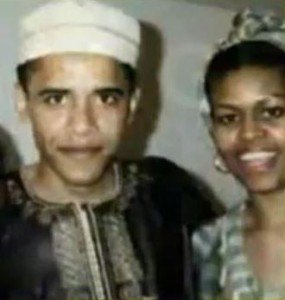 The comments was a reference to the Texas congressman’s theory that the U.S. government has been infiltrated by the Muslim Brotherhood, a group that Egypt recently opted to reclassify as a terrorist organization. In 2012, Gohmert joined a small group of conservative lawmakers led by Rep. Michele Bachmann (R-MN) to demand that the Inspectors General of four government agencies investigate “deep penetration” by the Muslim Brotherhood in the U.S. government. The Obama administration condemned the lawmakers for using false and inaccurate information to smear “anyone that happens to be Muslim.”

Gohmert, who had previously claimed that the organization also caused the administration to bungle the investigation into the 2013 Boston bombings, went on to argue that “six top advisers to President Obama are Muslim brothers.” “These are the advisers who have open doors for them to the president himself,” he said. “This is the kind of stuff that has to stop if we’re really going to deal with radical Islam.”

On Wednesday, President Obama learned of the murder of James Foley at the hands of ISIS , Obama still denying that Islam has anything to do with it, Obama said the the group ISIS “speaks for no religion.  He also said their victims are overwhelmingly Muslim, and made no mention of the slaughters of non-Muslims by ISIS.

Obama also said  “no faith teaches people to massacre innocents”. “No just God would stand for what they did yesterday, and for what they do every single day.” It appears Obama has never read the Qu’ran or listened to the ISIS terrorist quote the verses from the Qu’ran that they use as justification for their crimes.

Obama vowed to continue the American policy of conducting airstrikes against ISIS. “The United States of America will continue to do what we must do to protect our people,” Obama said.

By Joel Gehrke:  President Obama violated a “clear and unambiguous” law when he released five Guantanamo Bay detainees in exchange for...