“Insanity: doing the same thing over and over again and expecting different results.” –Albert Einstein

By Jeff Crouere : Unbelievably, the drumbeat is beginning for former Massachusetts Governor Mitt Romney to run for President a third time. The man who lost twice for President is now being encouraged by many party leaders to give it another try. 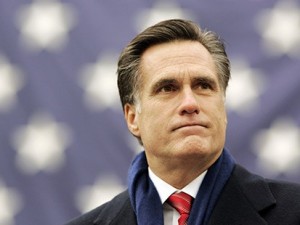 Congressman Jason Chaffetz (R-UT) recently told MSNBC, “I think he’s proven right on a lot of stuff. I happen to be in the camp that thinks he’s actually going to run and I think he will be the next President of the United States.”

Chaffetz is not alone; commentator Ann Coulter, Internet titan Matt Drudge and many others are on board the Romney 2016 bandwagon. In addition, Congressman Paul Ryan (R-WI), the Governor’s running mate in 2012, told reporters yesterday that he would “love to see Mitt Romney run for president again.”

Mitt Romney is the darling of the establishment wing of the party. He is a moderate from the Northeast who is not known for strong positions on social issues. For example, he has changed his stance on gay marriage and abortion multiple times.

While he is for a secure border and opposed to amnesty, he is the worst possible candidate to address the dangers of socialized medicine. As Governor, Romney championed a Massachusetts version of government operated healthcare. President Obama used Romney’s plan as a model for the disastrous Affordable Care Act that was foisted on the American people.

For reasons both fair and unfair, Mitt Romney was not a particularly good presidential candidate in two nationwide elections

Even with all of his baggage, Romney was positioned to defeat Barack Obama in the last election. He won the first debate and needed strong performances in the final two outings to seal the deal with the American people.

Instead, he listened to his advisers and played it safe. The result is that Romney missed many opportunities to blast the President on the Benghazi terrorist attack and wound up agreeing with Obama on a number of issues.

In the last election, his comments on the “47%” of Americans on government assistance and his remarks about “binders full of women” were manipulated by the media and misinterpreted by voters.

His successful background as a Bain Capital executive was easy fodder for Democrats to attack him as a rich, heartless businessman. Sadly, his leadership position in the Mormon Church was an issue for some evangelical Christian voters who were not comfortable supporting a candidate who did not share their religious faith.

For reasons both fair and unfair, Mitt Romney was not a particularly good presidential candidate in two nationwide elections. Despite this track record, insiders in the Republican Party are obviously in love with the idea of another Romney campaign. According to Ryan, he should run because “the third time’s the charm.”

Fortunately, Romney has not taken the bait so far. He has been adamant that he is not running again. Hopefully, he will continue to hold off these misguided requests and spend his time supporting good GOP candidates across the country.

Mitt Romney can certainly play a role as a fundraiser. He should be a respected elder statesman, but not subject the Republican Party or the country to another presidential campaign.

The bottom line is that Romney cannot win. He does not unite the wings of the Republican Party and is not an effective candidate to reach Independent voters.

Now, it is time for the Republican Party to start a new chapter and nominate a reliable conservative who can articulate a positive message to the American people. This type of candidate can win in 2016. Clearly, Mitt Romney cannot.

In Case You Missed It:  “What is a Recession?” Biden Regime Shamelessly Attempts to Downplay Economic Fallout by Redefining the Term ‘Recession’
Posted in Freedoms and tagged Election, Mitt Romney, Republican Caucus, Republicans, United Socialist States of America.

What a difference a year makes. Around this time last year, the West was gearing up for military action against...