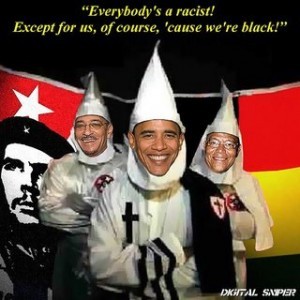 Which begs the question: why would the Obama administration send not one but three attendees to the funeral of a strong-arm robbery suspect who allegedly punched a police officer in the face – but ignore the funerals of other, more worthy characters?

Margaret Thatcher. No senior White House officials were sent to the funeral of our staunchest Cold War ally, former Prime Minister Margaret Thatcher. Instead, President Obama sent the charge d’affaires at the US embassy in London, and the former ambassador to Britain, as well as former Secretaries of State George Shultz and James Baker. That drew the ire of the British press, with the UK Sun reporting, “A No 10 source said last night: ‘We are a little surprised by the White House’s reaction as we were expecting a high-profile attendance.” The Guardian said that the White House sent “distinctly low-key official representation.”

Nicholas Oresko, The Medal of Honor recipient for heroism during World War II died at age 96 last year. President Harry Truman gave him the Medal of Honor after he wiped out two enemy bunkers during the Battle of the Bulge despite being gravely wounded. There was no reported White House attendance at his funeral.

Lech Kaczynski. The Polish president was killed in a plane crash in 2010. President Obama originally announced he would attend the funeral, but cancelled, then golfed the day of his funeral.

Aunt Zeituni. Obama’s aunt, Zeituni Onyango, played a large role in his autobiography,Dreams From My Father. Obama called her “Auntie.” She died in South Boston in April 2013. As The New York Times reported, “Mr. Obama helped pay funeral expenses and sent a condolence note, Ms. Onyango’s family members said, but the president did not attend, as he was golfing.”

James Foley. Foley’s funeral is not scheduled until October 18. On Sunday, however, his family held a memorial service for the journalist beheaded at the hands of ISIS. The service, in New Hampshire, drew hundreds, including Senators Jeanne Shaheen (D-NH) and Kelly Ayotte (R-NH), as well as Governor Maggie Hassan.. There were no reports of representatives from the White House at the event.

President Obama’s delegation to Michael Brown’s funeral sends an important message. That message isn’t lost on the families of the soldiers and cops, teachers and firefighters, citizens who aren’t killed under disputed circumstances, don’t become the subject of riots, and who therefore don’t receive presidential aides at their funerals.

What is the Difference Between the DNC and the CPUSA?

By Alan Caruba: On the home page of the Communist Party USA it says “A better and peaceful world is possible—a world...