Is it possible for the culture to move in a positive direction? 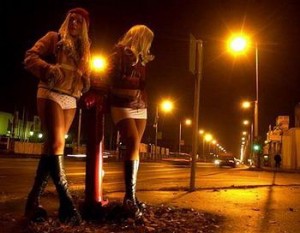 In one area, there is good news for U.S. culture: the teen birth rate has dropped 57 percent since 1991, reported the U.S. Centers for Disease Control (CDC) Wednesday.

Unfortunately, this doesn’t mean that single parenthood is going anywhere. Today, the greatest proportion of unwed births are not to high school age young women but to women in their twenties.

While the CDC estimates that there may be 4 million fewer teen births since 1991, there were 1.6 million births to single mothers in 2013 alone, seriously surpassing the 1.2 million non-marital births in 1990.

Still, the steady drop in the teen birth rate is good news. Health-wise, children born to teen parents have a higher risk of low birth weight and preterm delivery. The CDC estimates that the 2010 cost of teen childbearing was $9.4 billion. If the teen birth rate had remained at the 1991 peak, the CDC calculates the U.S. would have spent $12 billion more.

But not all is well. While a 2013 CDC report showed that non-marital childbearing dropped, it only fell a tenth of a percent in the past two years. Since the 1991, the teenage birth rate dropped 57 percent while unwed childbearing has increased from just under 30 percent in 1991 to over 40 percent today. Five decades ago, the unwed birthrate was in the single digits.

The growth in unwed childbearing is troubling, considering a child born and raised by a single parent is five times more likely to be poor than a child raised in an intact home.

Social science research again and again confirms that children tend to do best with their married mother and father: they are more likely to be emotionally healthy, have higher self-esteem, and progress further in education. Boys who grow up with their married biological parents are particularly less likely to have behavioral problems, such as heightened aggression or substance abuse. Teenage pregnancy rates are seven to eight times higher for girls whose fathers are absent. On top of this, a recent Harvard study by Raj Chetty et al. also shows that one of the biggest road blocks to social mobility is whether a child grows up in a single-parent home or community where single-parenting is the norm.

While marriage has become disconnected from childbearing in many low-income communities and increasingly more so in working class communities, many single mothers continue to aspire to marriage. As researchers Kathryn Edin and Maria Kefalas explain, single mothers often value motherhood and choose to have children despite being in a relationship that is less than ideal for marriage.

These young women need to be empowered with the facts that having a baby outside of marriage drastically increases the likelihood of poverty and increases the risk of negative outcomes for their children.

(www.catholic.org) Islamic State terrorists have begun their promised killing of Christians in Mosul, and they have started with the children. According...