Dr. Mark Armitage, a former scientist at California State University, Northridge, filed a lawsuit against the institution alleging a “wrongful termination” after he was fired for publishing evidence that suggested the world is 4,000 years old. 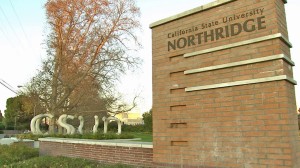 Armitage, who is identified as an evangelical Christian, said he discovered soft tissue and osteocytes on a Triceratops horn during a 2012 summer excavation in eastern Montana.

The renowned microbiologist has more than 30 years of experience and wrote that the tissue on the bone should have decayed millions of years ago.

“There is overwhelming evidence to show that the earth is not old, but is very young in fact,” Armitage said. “We know of no scientific process that can preserve tissues like that.”

The plaintiff informed officials about a conversation he had with a student pertaining to his discovery and that he was scolded shortly after by one of his colleagues, Dr. Ernest Kwok, for his beliefs that don’t coincide with traditional scientific theory.

“We are not going to tolerate your religion in this department,” Dr. Kwok told him.

Armitage alleges that he properly addressed the biology department’s chain of command, but no action was taken. He claimed that university officials proceeded to fire him days later for his creationist beliefs.

“It really doesn’t matter in terms of the legal position whether it’s utter nonsense what Mr. Armitage published,” said attorney Michael Peffer. “The essence of the lawsuit is that he has a sincerely held religious belief, and the administration or the powers that be at CSUN tied his finding to his religious belief and then fired him over it.”

The complaint reads that Armitage informed the panel about his already-published materials supporting creationism when he first applied for the university position.

CSUN has not responded to the lawsuit but is reportedly investigating the religious discrimination.

by ANTHONY GUCCIARDI:  Since the catastrophic meltdown of the Fukushima nuclear power plant in March of 2011 irreparably altered the state of the...