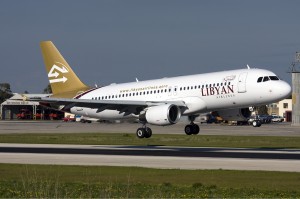 “(U.S. Intelligence is) concerned they could be utilized in a 9/11-style attack,” Gertz said of the planes. “If they don’t use them in suicide attacks, they could also be used to transport some of these Islamist groups to expand their reach.”

“It seems like the State Department, the Obama administration, is trying to play down these reports, but the people I talked to were fairly concerned about them,” Gertz said. “Again, they are trying to locate these jets. I don’t think the CIA has a full handle on where all of the aircraft from the airlines were. There are a number of airports in the region that are within close distance to Tripoli International, so they’re obviously looking at these places and trying to get a count of how many aircraft are there.”

When co-host Brian Wilson asked specifics with regard to how Gertz’s sources responded to the reports of the missing jets by saying the “can’t confirm” the reports, Gertz explained that “can’t confirm” in this context was not meant as a denial, but “they’re trying to play down by saying ‘well, we can’t confirm them.’ That’s kind of bureaucrat speak within the United States government.”

“You have to understand the politics of Libya right now,” Gertz said.”You have a congressional inquiry spinning up to look at the 2012 terrorist attack at the diplomatic compound in Benghazi. So that would be my only speculation as to why they’re playing it down.”

Under Obama, only the richest 10 percent saw incomes rise

By Jennifer Pompi - The Washington Times -  Under President Obama, the richest 10 percent were the only income group of Americans to see...