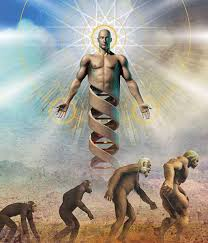 There is a good reason why Jews and Christians set the world’s teeth on edge, and it is not their conservative fashion sense. The spirit of the world is hostile to the message that humanity is the product of Special Creation. Surely, the awe-inspiring reputation of Yahweh is not to be confused with some disinterested watchmaker god who winds things up and retires to a condo in Boca Raton. Nor is He a “baby daddy” style of god who spits out a brood of Homo sapiens and dumps them off in Detroit, leaving them fending for themselves without a clue while Mama Gaia applies for food stamps. It is held by many that reasonable people can live with that Newtonian god who demands nothing from his orphans, and in turn, can supply them with nothing but mute conjecture and inference from which to construct their ethical universes. Truly, Deism’s God must be quite the busy bee; but even if His calendar is booked solid from now till Doomsday, maybe it’s worth a shot to look up His undergrad T.A.’s: the Four Fundamental Physical Forces, and have them hit up this preoccupied Odin at the faculty lounge for his learned insights on the wise parameters of Right and Wrong.  Meanwhile, in the name of all that is quasi-holy, must we break down and shell out that monthly fee for the universe’s upgraded version of Ancestry.com in order to get some answers around here?

Is the notion of a distant and taciturn force, hovering beyond care or concern, ultimately explanatory or satisfying as we reach out to the heavens and get only a busy signal in exchange for our anguish?  Or is deism merely an academic exercise in hunting down our Pop who has split the galaxy: a lukewarm middle term separating the absurdity of the self-vomiting cosmos on one end and that spiritual pilgrimage for meaning lying far beyond the pay grade of human reason and emotion on the other?  Will this quest for a deistic god ultimately lead to a special two-part episode on Maury; and will the rat get off scot-free after beating the DNA test and producing witnesses that swear He was not in the vicinity 15 billion years ago? Will we or will we not hear the ubiquitous: “You are not the Father?” And even if He cops to siring this Earth’s hot mess after hammering down too many Fireballs at Planet Hollywood, could any of His self-serving mea culpas ultimately provide enough meat for our soul’s table, or just the coldest and thinnest of gruels? Tune in.

The postulated existence of an aloof near-sighted Cosmic Programmer, like television’s Sheldon Cooper, is cool and non-threatening in a geeky-techie sort of way. However, once we start talking about humanity owing moral obligations to a loving (and an at times righteously angry) Christian God — a Father who laid the Cross upon His Only Begotten in order to commute our richly deserved death sentences, well, that God’s interest in us carries with it more “creepy baggage” than some are prepared to deal with.  As a perceived consequence of the Trinity’s “audacious” claims of command and control over “Their” handiwork, some folks are alarmed and offended at the prospect of surrendering their deeds to the ranch. Moreover, as a result of this fear, they have taken affirmative steps to personally go out of their ways and diagram just why Christianity and its “maudlin fantasy” of a suffering messiah is so damned disempowering and dangerous to the care and feeding of the Self-Creating Man’s bloated esteem. In truth, the whole shebang of Christianity cramps the fierce independence we have gotten used to as unaccountable free quanta of desire. Having tasted the deliciousness of his self-liberation, Spartacus will not be taken back alive.

Face it ya’ll: the “Baby Daddy God,” the god of the deist, may be a deadbeat of sorts: but he don’t mind if you run the neighborhood cuttin’ capers and tellin’ stories. He hasn’t shown the least interest in love, justice, mercy or giving out rules and discipline so that His bastards can avoid stubbing their toes on the world’s rough edges. Conversely, those cosmic control freaks –“Yahweh and Son” — treat us like little kids — like we were “God’s own children.” And for the crime of this unforgivable condescension, this Jesus has earned the contempt of untold millions who have bolted the door shut and just want to be left the hell alone. A personal God has no place in the lives of men and women who aspire to nothing more than returning to their own moth-eaten tents, donning their filthy  bedclothes, and soul kissing their precious autonomy to mutual release. But only after first thrusting a middle finger heavenward and giving that presumptuous Divine Authority a born rebel’s most earnest salutation — from the bottom of his own terminal heart.

Glenn Fairman writes from Highland, Ca. and welcomes your correspondence at [email protected] and can be followed at www.stubbornthings.org and on Twitter.

In Case You Missed It:  Vaccine mandates leading to massive shortage of 911 staff, putting Americans' lives in danger
Posted in Freedoms.

Greta Van Susteren: White House Pressured Me to Get Fox News to Back Down on Benghazi