By Dave Huntwork: Brother Rachid, the son of a Moroccan imam, has posted a video called “A Message to President Obama From a Former Muslim” in which he attempts to give the President a crash course in Islamic studies. He begins by telling the president that he is wrong when he said that ISIL speaks for no religion. The former Muslim-turned-Christian further explains that terrorism begins in the schools and Mosques and must be cut off at the root. 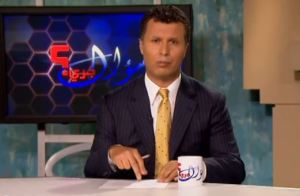 “I can tell you with confidence that ISIL speaks for Islam. ISIL is a Muslim organization.”

I have had the opportunity and pleasure to meet several former Muslims in my lifetime and they make excellent and powerful Christians. It is a sometimes dangerous conversion as Islam calls for the death of all Muslims who leave the religion. Islam calls for the conversion, subjugation, or elimination of all peoples who fall under its control. Leaving the religion to join another is simply not an option in Islam and frequently leads to the death or imprisonment of those who decide that the teachings of Muhammad are not for them.

Politicians in particular insist that this is not a war of religion or clash of civilizations. We see an endless spewing of “religion of peace” quotes, diatribes on “a nation of immigrants,” and complaints about ethnic profiling at airports. I wish that someone would tell that to the enemy, for that is exactly the war that they are waging.

Is it really helpful to attempt to portray something as something it is not? Is it helpful toattempt to fool the public into believing something that is false or misleading? Are we to believe that there is in fact no direct link between the Islamic religion and terrorist atrocities?

The adherents of militant Islam are not some small, isolated group of malcontents as they are so often portrayed. Millions of Muslims are adherents to the ideology and religious fervor that wages war on the West. The cries of jihad echo in warfare across the globe. It is the ideology of the Arab slavers waging war on Christians in Sudan. It is the call from hundreds of minarets in Saudi Arabia and the gospel of the mullahs of Iran. It is the creed of the border tribes of Pakistan and is the heart and soul of the Taliban. It flourishes in the jungles of the Philippines and the slums of Indonesia. It sallies forth from the green valleys of Lebanon and preaches its hate in the mosques of Europe. And it beheads Americans on the sands of Syria.

Whether it is the Muslim Brotherhood, al-Qaeda, Hezbollah, Islamic Jihad, Hamas, Al-Tawhid, Abu Sayyaf, the Taliban, Al-Ansar Islam, Al-Sadr’s militia, Sipah-e-Sahaba Pakistan, Beyyiat el-Imam, Jund al-Shams, ISIL, or the dozens of other militant terrorist groups infesting the globe their methodology, goals, tactics, cruelty, tenacity, and victims are often eerily the same. It is a strange world of martyrdom, jihad, cries of Allahu Akbar!and fantasies of a heavenly reward of seventy-two virgins. They may differ by sect, creed, or nationality but each wages war on the innocent, the Christian and the Jew, the concepts of Liberty and Justice, and Western Civilization itself.

The real question is whether the West has lost its soul or is able to overcome the deplorable liberal cancer that lobotomizes otherwise intelligent people and creates an endless line of apologists, capitulators, and seditionists. If Western Civilization can wake up from its stupefying stupor of suicidal tendencies and deal with the destruction of its culture, identity, and vision then it has a fighting chance against those who believe only in conversion, subjugation, or death at the hand of the armies of Allah.

Individual Moslems may show splendid qualities—but the influence of the religion paralyses the social development of those who follow it. No stronger retrograde force exists in the world. Far from being moribund, Mohammedanism is a militant and proselytizing faith. It has already spread throughout Central Africa, raising fearless warriors at every step; and were it not that Christianity is sheltered in the strong arms of science, the science against which it had vainly struggled, the civilisation of modern Europe might fall, as fell the civilisation of ancient Rome.—Winston Churchill—The River War, volume II pp. 248‚Äì50 (1899)

Never forget that many of us saw, way back on Sept. 11, 2001, that the enemy of the Americans was the same enemy that was fighting Israel, and India, and Russia, and Indonesia and the Philippines, and infiltrating Europe, and advocating in America, and throwing acid in the face of unveiled women across the world, and preaching fanaticism in Saudi Arabia, and blowing up statues in Afghanistan, and manning the madrasses in Pakistan, and pushing propaganda on al-Jazeera, and blowing up schoolchildren in Tel-Aviv, and beheading young men… —blogger D.F.V.

By Alan Caruba :  As we close in on the 13th anniversary of the infamous 9/11 attack on the Twin Towers...