Egypt’s President Abdel Fattah al-Sisi on Monday denied reports that he had offered to establish a Palestinian state in the Sinai Peninsula, the website of Egypt’s Al-Ahram newspaper reported. 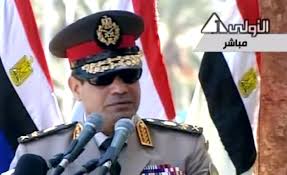 In a speech to mark national teachers’ day and which mostly dealt with education, Sisi stressed that no one can make such promises and that there is no room for talk about the matter.

In return, the PA would stop demanding that Israel return to the indefensible pre-1967 borders. The Egyptian president also reportedly suggested that Palestinian “refugees” be allowed to settle in the new, much enlarged Gaza, which would be demilitarized.

According to the report, Abbas had rejected the offer. Later Monday, Abbas’s office wasted no time in denying the offer had even been made.

Al-Rahim added that Abbas would not accept any alternative to a “Palestinian state” on the 1949 Armistice lines with eastern Jerusalem as its capital.

Several MKs embraced the reports quickly on Monday, with MK Ayelet Shaked calling on Netanyahu to seriously pursue the proposal, saying “if the report is indeed correct, the president of Egypt has managed to understand what the Left in Israel has refused to understand for decades.”

A number of bronze shoes were stolen from the riverside Holocaust memorial ‘Shoes on the Danube’ in Budapest, Hungary, The...