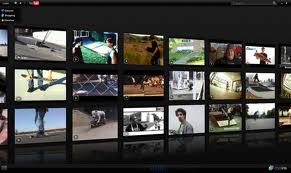 The war in Gaza has produced an unusually rich analysis of media coverage of the Middle East, including a landmark piece by former AP reporter Matti Friedman, who argues that coverage has been shaped by a “hostile obsession with Jews” on the part of the media.

For former New York Times Jerusalem Bureau Chief Ethan Bronner, the problem is not the way reporters cover the region but the way readers relate to the news. In an interview with Moment magazine, Bronner, who served as bureau chief from 2008 to 2012, described the experience of working in  “one of the hottest seats in journalism.”

The one depressing conclusion that I did draw was that people were not actually looking for information: They were looking for a reaffirmation of their own beliefs. So that the path that we set out for ourselves as journalists—to lay out complex, shaded gray truths so that people can understand that life is complicated—many people were not interested in that. Instead, what they were looking for was to hear their own story repeated, and to be validated.

Bronner’s position appears to be backed up by research in the way people view the media, carried out by Shawn Powers, from the USC Center on Public Diplomacy, and Mohammed el-Nawawy, of Queens University of Charlotte, originally published in 2009. According to coverage of the study in the Pacific Standard:

Powers and el-Nawawy point out that satellite television, first introduced to the Arab world during the 1991 Gulf War, altered both the structure of the global news media system and its role in times of war. Although the invention had the potential to provide a truly global forum for cross-cultural communication, the researchers found that audiences around the world increasingly turn to broadcasters not for new world news, but for information that fits within their pre-existing worldviews.

The question, however, is how far news outlets will go to give readers what they want. Matti Friedman points out the many ironies that surface through the lens of coverage of Israel:

White people in London and Paris whose parents not long ago had themselves fanned by dark people in the sitting rooms of Rangoon or Algiers condemn Jewish “colonialism.” Americans who live in places called “Manhattan” or “Seattle” condemn Jews for displacing the native people of Palestine. Russian reporters condemn Israel’s brutal military tactics. Belgian reporters condemn Israel’s treatment of Africans. When Israel opened a transportation service for Palestinian workers in the occupied West Bank a few years ago, American news consumers could read about Israel “segregating buses.” And there are a lot of people in Europe, and not just in Germany, who enjoy hearing the Jews accused of genocide.

by Daniel Pipes The Washington Times September 10, 2014 Before welcoming the emerging state of Kurdistan in northern Iraq, I...