Welfare recipients can’t use their EBT cards at liquor stores but they can at marijuana dispensaries in states such as Colorado that have legalized pot, Sen. Jeff Sessions revealed Tuesday. 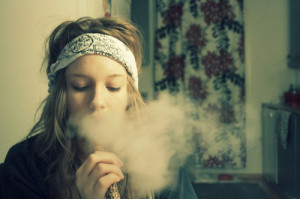 The Alabama Republican announced that he was drafting legislation to close the welfare-for-weed loophole after the U.S. Department of Health and Human Services confirmed to him that marijuana shops were not off limits to EBT cards, which replaced food stamps, or other federal benefits.

“The federal government current spends roughly $750 billion each year on means-tested welfare programs across 80 different accounts. This money is administered by a vast, sprawling bureaucracy with little oversight and no moral vision,” said Mr. Sessions, the ranking member of the Senate Budget Committee.

“Surely we can all agree that the guiding principle ought to be that benefits are reserved for those in real need,” he said.

Mr. Sessions noted that Congress in 2011 had passed laws that allowed HHS to prohibit Temporary Assistance for Needy Families (TANF) cash benefits from being spent at vice institutions, such as liquor stores, strip clubs and casinos. But the department did not interpret that authority to include marijuana shops.

On other fronts, the Obama administration has given itself broad latitude to interpret and implement provision of Obamacare.

“I was surprised to learn that HHS says it ‘has no authority to prescribe policies and practices … to prohibit the use of TANF benefit cards at marijuana stores,’” Mr. Sessions said.

Bush, July 2007: “I know some in Washington would like us to start leaving Iraq now. To begin withdrawing before...