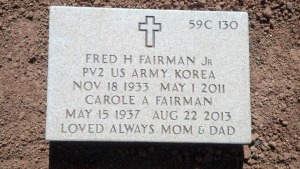 Being mortal, there are limits imposed on the flower of our flesh that are non-negotiable. We thrive in the sun for a short season, only to submit to the inexorable decay from which there is no appeal.  Death is a curse.  It is a monstrosity that we cannot gaze fully upon, lest it turn our fragile and fleeting joy into stone.  Say what you will about the cosmic harmony of coming into being and passing from it. Rhapsodize on the wise rhythm of nature or in maturely coming to terms with our impending exits with stoic resolve. However it is sliced, Death is an unspeakable evil that cannot be whitewashed.  For the Christian, it is only made palatable by the Doctrine of the Cross.  But even so, in the end, Death, and its entire attending process, is that great indigestible absurdity we wrestle with as our hearts are pierced through with the  stark implications of our loved ones being torn away — as they pass, never to return from “sleep’s dark and silent gate.’

Upon tearfully kissing the forehead of my dear mother who passed from us a year hence, and who joined my father who departed fifteen months before her, we children came to the realization that we were now orphans of sorts. It is hard enough losing one of a matched pair, although the anchor still weighs heavy enough to ground those who dutifully close ranks and absorb the blow. But as the last link is severed and the home and possessions are divvied, sold or carted away to a dumpster, the centrifugal tendency towards drift infects even the strongest of families; and great effort must be taken to reinvigorate the sibling connection when the source of their orbit is dissolved. That burdensome mantle of patriarch has fallen upon my dubious shoulders, and I am ill-suited to perform the duties at hand. The inclination of each adult child to retreat to his own tent is already far advanced, and heroic means are necessary if the sclerosis of our family bond is to be arrested.

Riverside National in Southern California’s Inland Empire is a beautifully manicured garden of graceful requiescence, as are many of our nation’s veterans’ cemeteries. Unlike the haughty indifference that seems to characterize the attitude of hard-boiled government employees, the staff there cuts against the grain of this stereotype, and most likely this is because veterans themselves almost exclusively comprise the staff that interacts with the public. My father, who served in the Army during the Korean War Era, had wanted to be cremated and his ashes humbly scattered without fanfare, and my mother was of the same mind. Both waited patiently on my brother Eric’s mantle to be deposited “God knows where” when the time was ripe. So on June 27th of this year, perhaps not totally in harmony with their wishes, both were interred in a silver urn near the quiet west end of Riverside National. The seven children of Fred and Carole Fairman  now possess a sanctuary we can come to in which to remember — and to draw strength from the continuity of those memories. And perhaps this will be a good first step in the rejuvenation of our kinship.

I had always been of the opinion that the tradition of burying loved ones in hermetically sealed caskets reeked of futility and was in no small way a morbid relic. After all, the fantastic sums that people spend on the business of dying appear to be motivated more by guilt than by reason, and funeral home grifters are well placed to pluck the heartstrings of the vulnerable. Moreover, The Almighty is more than capable of locating, identifying and resurrecting His own without the aid of grave markers or embalmer’s preservatives.  And yet, perhaps the ritual is not solely for the departed, but for those who remain and must follow later. To be honest, there is much to be said for coming to a special place on an appropriate occasion and being in close proximity with a loved one’s discarded earthly form, even though we are confident that our beloved is no more there than on the surface of Mars. Human beings are perhaps strange but beautiful in the odd way we pay tribute.  A handful of flowers and the polishing of a weathered marker convey that acceptable offering of respect, burnished by the sunshine of private recollections where no shadows are admitted.

As the day arrived and my party and I queued up for our turn at the staging area, we were quietly informed that we had dropped the ball and neglected to successfully negotiate the gauntlet of necessary bureaucratic forms. Had this have been any other government agency, we would have invariable had to return on another day with the appropriate stamps and signatures. But these honorable men and women, who must perform each ceremony with the same meticulous solemnity many times daily, allowed us to proceed without a hitch.

When he began, our host informed us that the honor we were witnessing could never be purchased – it had to be earned diligently through military service. As the sharp report of the rifles reverberated throughout the grounds and the lonely bugle movingly wafted through our respectful gathering of family and friends, I could see in my mind’s eye my father and mother waving proudly as I spoke at my high school graduation. And now, they too had commenced on a journey — at least symbolically — to a place they would occupy together for all time — just as they had endured together for 55 wonderful and often financially difficult years. Our host then presented my brothers with the spent cartridges while the Honor Guard ceremoniously wrapped and placed the tautly folded tri-cornered American flag into my trembling hands — which I gently kissed. As a tear ran down my cheek, I found myself proud that my country would bestow such honor upon those who had faithfully served their America – some having paid the ultimate price for this solemn dignity.  In truth, I had not associated conscious pride with the Federal government for a very long time, and it strengthened me with the hope that things will not always be as they are now.

Riverside National is a most democratic place. A colonel and a dogface are laid to rest at close quarters, each with an understated marker that bespeaks the classical ends of equality — both under the rule of law and in the eyes of their Common Master. I don’t think you will find any ornate individual shrines here. However, collective memorials are evident: like the Congressional Medal of Honor Monument containing the names of every American war’s recipient since the medal’s founding. Inscribed in black marble   are hundreds of names honoring selfless courage in its highest incarnation, and mere words can do no justice to the power of this civic shrine; you must see it.

My parents are together now in the cemetery’s newest area. As I write, there is no grass in their section; but when each parcel fills, it is soon covered with luxurious sod. I expect I will return there on many occasions to pay homage to my parents and the men and women whose nearby identical stones are inscribed with: a name or names, the appropriate dates, an optional religious symbol, and a short 23 character message or verse. Like America herself, one might find a pauper, a grocer, a Muslim, Catholic, Jew, or Agnostic keeping silent watch side by side in symmetrical columns. Any differences are now deemed moot. They are an abiding Band of Brothers; a legion of fathers and mothers lovingly ordered “at ease” in phalanxes as far as the eye can see. Having answered when their Homeland called, they may now redeem that full and lasting share of their country’s reward — nestled beneath the verdant fescue of repose.

This piece started out as a cry of despair, but it ended as something far different than I had intended. For a short time, I had forgotten that death is not terminal, but heralds the great turning point. It is a curious circular paradox: death gives urgency to life with its veneer of finality, just as our deaths are made holy by manifesting life’s courage – by sanctifying the heroic ideal that points us to a glory beyond human life. Selfless love ultimately mutes the sting that death holds over us.  There is an eternal truth here: ultimately, nothing great-hearted passes in vain.  Keeping glued to our pain takes our eyes off the horizon of God’s Big Picture, and we are made small whenever we fail to make common cause with the virtue of sacrifice – especially that greatest of sacrifices which has changed everything.  I will never look at any veteran’s cemetery the same again.  They are more than a last farewell for old soldiers, but a continuous living monument to the idea of America: not only for what she once was, but for what she can indeed be, once again.

An extraordinary thing happened on Wednesday night in Washington, D.C. More than one thousand people were gathered for a dinner...