President Obama’s Homeland Security chief may have let the cat out of the bag about the real reason for Obama’s decision to delay plans to declare amnesty for 5 million immigrants living illegally in the U.S.

DHS Secretary Jeh Johnson, in a meeting Wednesday with the influence-wielding Council on Foreign Relations, indicated the president didn’t want to add fuel to an already burning fire of conservative anger over illegal immigration before this November’s critical mid-term elections. To do so might cause a repeat of the historic Democrat losses of 1994 and 2010.

“As you know, the president has determined we should wait until after the midterm elections to announce what we believe we can and should do to fix the (immigration) system,” Johnson told the CFR.

Johnson added that the move was designed to avoid Democrats taking heavy losses like they did in 1994 because of overreach with a federal assault weapons ban and a failed attempt to pass health care with the help of then first lady Hillary Clinton.

The comments confirm what William Gheen, president of Americans for Legal Immigration PAC, or ALIPAC, told WND just two days earlier. On Monday, he said Obama’s delay of amnesty was purely for political reasons, designed to blunt a conservative backlash at the polls that is being energized by the immigration issue.

“I think Jeh Johnson really messed up. He slipped up, big time, admitting that the Obama strategy is what we just called it as, 48 hours earlier,” said Gheen, president of ALIPAC.

The CFR, founded in 1921 as an exclusive club for establishment elites, has been one of the most powerful behind-the-scenes advocates for regional and global government. Part of that agenda requires open borders between the U.S., Canada and Mexico, similar to the European Union.

In March 2005 President George W. Bush hosted a summit with Canadian Prime Minister Paul Martin and Mexican President Vincente Fox in which the trio released plans for the creation of a Security and Prosperity Partnership of North America. Among the stated goals of the SPP was to create a freer flow of people and goods across borders.

“Those of us fighting illegal immigration all these years, as we read the SPP, a light came on,” Gheen said. “This is what it’s all about. They basically said they didn’t want to have to deal with parliaments and that they wanted to do as much as possible by executive action to increase labor mobility across borders.”

Then in May 2005 the CFR released a document titled Building a North American Community. 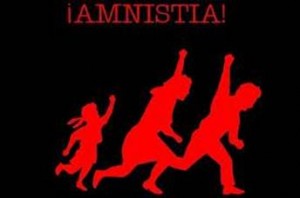 “They were supportive of what the three presidents did, but they just didn’t believe they went far enough,” Gheen said.

“When I saw the CFR plan, it became clear to me the CFR is a highly powerful secretive organization that applies more oversight to our government than Congress or any government body.”

The document made the following recommendations, which critics see as a blatant attempt to undermine the sovereignty of the three countries:

Change agents within the U.S. Chamber of Commerce, the CFR and other globalist organizations love to use the term “human capital” to describe current and future members of the global workforce. The term is even used by promoters of the controversial Common Core national education standards when referring to students in kindergarten through college.

The world’s “human capital” is to be constantly monitored, assessed and retrained to ensure that it conforms to the needs of the global corporations. And the standards for education are to be universal across the globe so when workers are required to move across borders for a job they can enter their children in schools and find the exact same standards as their former state or country. Open borders within the various economic blocs are also deemed essential to this globalist utopian vision.

So when DHS Secretary Johnson addressed the CFR this week about plans to delay a planned executive order by Obama to declare amnesty for illegal aliens living in the United States, Gheen took notice.

“Jeh Johnson went to report to the CFR and found himself in the position of having to explain why his boss hadn’t taken the desired action,” Gheen said. “Millions of Americans should be asking where it is in our Constitution that our federal government reports to the CFR. I’m not familiar with anything in our Constitution that calls for our government to report to an unelected group like the CFR.”

Johnson said he has been a member of the CFR since July 2001.

The good news is that President Obama apparently now agrees that declaring amnesty for illegals would be an incredibly unpopular thing to do at this point in America, Gheen said.

“He apparently agrees with my analysis that a conservative backlash is in play for the 2014 mid-term elections that has the potential to be greater than the historic shifts of 1994 and 2010, and that such a shift could destroy the progressive dream of granting amnesty to millions of illegal aliens,” he said.

Gheen told WND Monday he believed Obama, the U.S. Chamber of Commerce and Mexico’s government were working together to try to dampen public concerns about illegal immigration.

“When I read Jeh Johnson’s comments reporting to his and Obama’s real bosses over at the CFR, I knew my analysis was right on the money,” Gheen said. “Now we need to make sure every American understands they need to support candidates running against Obama’s Democrat allies to sweep them out of office in historic fashion with the illegal immigration issue as the flagship issue of 2014.”

ALIPAC is in the midst of a fundraising drive to support anti-amnesty candidates. It is also scouring the nation for more congressional candidates who support existing U.S. border and immigration laws instead of the open-borders agenda being pushed by the Chamber of Commerce, CFR and current White House administration.

ALIPAC has already endorsed more than 100 candidates it believes are loyal the U.S. Constitution and the American public rather than unelected non-governmental organizations and special interest groups. The group is also organizing protest rallies nationwide on Oct. 24-25 in cooperation with Overpasses for America to draw attention to illegal immigration and urge voters to turn out at the polls on Nov. 4 to vote for anti-amnesty candidates for Congress.

If You Want to Get into a Really Big War, Elect a Liberal

By Selwyn Duke : If I pointed out that involvement in every major 20th-century conflict the US was part of occurred...