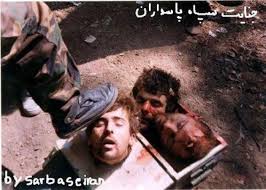 Insomuch as the lessons of history are engraved with an iron stylus on the DNA of modern man, what circumspection have we compiled concerning the monstrous ambitions of the malignant heart? Consider this now futile thought experiment: What should have been the world’s prudent response when Herr Schicklgruber of the Twisted Cross lifted his reptilian orbs and salivated over Germany’s endless horizon in the waning days of the twentieth century’s fourth decade?  Should we, like a lightning strike, have fallen upon and consumed him, and every black-hearted confederate who dared invoke martial necessity by the gnarled authority of a counterfeit Truth? Should the West have strangled National Socialism in its infancy, before it was capable of upending the earth? If we claim to hold dear the conservation of life, how many lives could have been saved through the common sense marriage of wisdom and courage?

Or, are we fated, as drowsy creatures who delight in drink and lovemaking, to awaken only after the house is ablaze? After all, who appointed us judge, jury and executioner? Is it inevitable that the strong do what they can, while the weak suffer what they must? Are we tone deaf to the violence of the earth until it reaches our front gate? Have we learned nothing about the nature of absolute evil and the supreme confidence it displays – like the vain strutting of a shrill and capricious god?

It is this same quality of god – this bat-like deity projected against the backdrop of Heaven that moves termite-souled men to diabolic deeds more suited to Hell’s asylum. Having meditated deliciously upon the worm of loathing – having consumed that toxic diet of terminal civilizations whose crimes extend past the portals of distant memory has allowed Islam to consecrate vengeance, overweening pride, fratricidal ecstasy, and metallic cruelty into the congealed form of a savior who will raise it to the stars and exact every last drop of suffering from its enemies. In swearing to the annihilation or absorption of the infidel billions, their Allah of the Raging Furnace sanctions a litany of acts no casual lunatic would entertain:

The crucifixion of unbelievers, the auctioning off of captive women, brothels containing Christian girls for serial ravishing, the rounding up and dispatching of little boys with 9 grams behind the ear, the raping of virgin girls before murder to deny them paradise, the beheading of non-combatants, the summary execution of surrendered forces.

All of these acts, and others bearing the fingerprints of demoniac imaginations, are what comes when men sanctify that hideous presumption festering within and sculpt that viciousness into the alabaster mantle of a distant and terrible god.

The fecal soul that mutates to embrace the cause of ISIS is of the very same pedigree that commandeered American jets and introduced the manifold works of Islam to a nation of Sleep Walkers a scant 13 years hence. Indeed, Mohammad Atta and Co. were only the advance scouts – the furtive ambassadors throwing down Islam’s gauntlet before their disappearing act in a deluge of smoke and ashes. It is not mere saber-rattling rhetoric when they affirm loving death more than life: it is their sine qua non. What we deem incomprehensible about 9/11, they hold as holy.  There is no middle ground that Islam will accede to unless we put a gun to our heads and pull the trigger ourselves.

In case you weren’t paying attention: This is war. And the sooner we realize that these zombies mean what they say, will not be mollified with saccharine overtures, and will keep coming at us until they are put down en masse, the sooner we can steel ourselves to the necessary resolve for the monumental task at hand. Our Constitution is not a mutual suicide pact. Curbs on immigration and maybe even the expulsion of 5th column elements who mean us evil should be on the table and strongly considered. The shape-shifting mask of Islam, given the grim reality of its relentless demographics, should not be allowed a foothold here to secure a dagger into our backs at a time of its own choosing.

Yet, a disheartening problem remains. Republics comprise a multiplicity of competing interests, and the more democratic they become, the greater the tendency for private lives to take precedence over public virtues. At the conclusion of last century’s horrific first Great War, the traditional political life of Europe lay in shambles, and men took refuge in personal pursuits or in abstract utopian strivings to drown their disillusionment and despair at the loss of their idyllic world. Since then, it seems that as the pace of Modernity accelerates, so languishes the attention span and endurance of free peoples. Without a strong seamless animating vision to capture the moral/political imagination of men increasingly consumed with bourgeois passions, they grow exhausted at the interminable conflicts which require continuous cauterization as freedom’s adversaries bloom like weeds and rise to the challenge. After 8 years of sacrifice, America succumbed to such fatigue; and Barack Obama emerged to stroke our necks and console us with the flattery: “We are the ones we’ve been waiting for.” “We are the change.”

Despite what we are told by our compliant media organs, America and the entire world are not bogged down in some insipid struggle with an abstraction of terror, we are locked in a civilizational battle with the unadulterated visage of Islam Ascending – a war that assumed focus when hijacked airliners fell from the skies. 9/11 was an unmistakable declaration of a combatant ideology’s bellicose intentions. Years later, a great swath of America has psychologically withdrawn from the struggle, but that has not averted Islam’s exacting eye from our tender throats.  As the once august European powers slide even more deeply into the Anti-American and Anti-Semitic orbits of Islamicists, America and Israel will become increasingly isolated and the temptation to choose the paths of least resistance will lure our country to follow the Old World’s inevitable decline into the morass of civil war or even an outright acquiescence to domestic political co-existence with Shar’ia’s principles. If this detestable camel should ever burrow its head under our republic’s constitutional tent, it will signal the death knell for any hopes we have of passing on a patrimony of limited governance, natural rights, and the liberty of free conscience to those we leave in our wake.

If you think that such self-delusion could never happen here, consider that self-proclaimed God Emperor Barack Obama has now officially “jumped the shark” with his claim that ISIL, ISIS, or whatever these devils call themselves, is an aberration of Islam’s tenets. This is a lie from the very heart of Gehenna. In truth, Abu Bakr and the subsequent spiritual sons of Mohammad employed the exact same strategies that ISIS now mimics, as they raced across the Middle East and into the Western world a millennia and a half hence. We have only Providence to thank that the Horde of the Crescent Star’s continued advance was arrested by the stalwart Charles the Hammer at Tours. A great parcel of the earth did not come under the hegemony of mass tyranny within the brief span of a century by the humble door to door dissemination of Watch Tower-like leaflets. If conquering by scimitar and submission in the name of Allah, venerating the Koran, and the institution of a universal caliphate are not Islamic, do they then belong to the confession of Five-Point Calvinism? Indeed, chopping heads and taking names are the signature moves of those fanatics who are determined to party like its 699.

Regrettably, our schizophrenic Solon now finds himself in the unenviable position of having to aerially bombard those he had promised to stand with “should the political winds shift in an ugly direction.” Word to Obama: It doesn’t get much uglier than this.  Barry is like the reluctant father who finds himself stuck with a litter of little curs who are short on discipline and long on enthusiasm. He’d like to be rid of them and their shenanigans, but his furious neighbors are in the front yard with pitchforks and torches, screaming that his brood have been tearin’ stuff up and actin’ the fool. And so, in order to hold onto his increasingly shaky government digs, he now has to go all Joan Crawford on the little scamps – and his heart just ain’t in it.

To add insult to injury, It’s rumored that Valerie Jarrett has laid down the law and locked up the Prez’s golf bag and that last carton of Kools. Oh lord! Where’s Reggie Love to relieve the tension?

Readers: As far as ISIS is concerned, keep a sharp eye on what Obama does, and hit the mute button when you see his stomach churning image on the tube. Better yet, do something profitable – like addressing that stubborn ring on the family commode.

Not a moment too soon, Obama’s chickens have come home to roost — except that these birds are better described as black carrion auspiciously returning to pick clean a morbid foreign policy’s carcass. How ironic that on the 13th anniversary of America’s 9/11, history will record that  a mediocre multi-culturalist hack, whose boilerplate rhetoric confused America’s founding with Islam’s abominable virtues and who pressured NASA to bolster Muslim self-esteem, stood with mouth agape as ISIS delivered that unkindest cut of all to his policy of arrogant naiveté.   Imagine George Washington promising to cast his lot with King George shortly before Valley Forge or FDR symbolically offering the Nazis a chance to sit in on the Manhattan Project’s briefings.  Having, by virtue of his great hubris, first stepped out on that trajectory towards folly, shall we then be shocked that those paper mache’ Greek columns portend a Sibylline prophesy heralding the dissolution of this “Hollow Man” who believed he could lead from behind? If the gods first make mad those whom they would destroy, then we may be provided a window to that prophetess’ final utterance.  Let us hope that we are not in the general vicinity when that terminal judgment alights from on high.