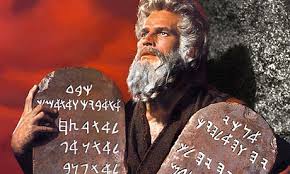 We tread on a potential minefield whenever we attempt to divine the Hand of God in our peculiar conceptions of law and human governance. In particular, we must use wisdom and reason in the prudent application of Paul’s words in Romans: a teaching that tells us “there is no power but of God: the powers that be are ordained of God.” If the broadest interpretation of this doctrine is held to be absolute: extending beyond our private dealings and into the arena of justifying empires themselves, then every righteous revolt or revolution—yea, every election where a “leader” is thrown out for another, is in some way insubordinate to this curious conception of a “heavenly mandate.” Are all Princes and principalities worthy of our obedience?

In truth, Paul, in the 13th chapter of his letter, is speaking in the minimalist sense — exhorting the church to be paragons of virtue so that the unbeliever will see Christ’s virtuous balm upon men’s souls and thereafter might come to believe.  They are effectively adjured to remain good men even when living in a bad world by submitting to the authority of civil law — although there are limits to that obedience depending on the character of the legislation. What he is certainly not telling them is this: that the unjust edicts of a regime flow from the Throne of God Almighty. This would make God not only a liar, but a capricious liar who is the de facto power behind the wicked hand of injustice. That God himself is ultimately the author of evil must be admitted if this interpretation of Paul is to be hazarded correct.

All good men crave justice, and there can be no justice without the canopy of enlightened law to cover us: laws whose sole ends are justice and that possibility of contributing to the Good Life. Such law is no respecter of persons, and even a Hebrew King had to submit to the Greater Law. This is one of the greatest concepts the West has gleaned from Judaism: that legitimate rule cannot use illegitimate means, lest it abrogate its authority and descend into the tyrannical. The tyrant is inherently a law unto himself, and by using our faculties of right reason, we discern that his arbitrary acts invalidate the tacit compact between ruler and ruled. The Old Testament is replete with those object lessons in which those who ruled in virtue and those who ruled by caprice ultimately reaped what they had sown. Indeed, the Bible is God’s proverbial finger etching His lessons upon the clay tablet of Israel – and therein to the world. Thus, what befalls this corporate sliver of humanity intersects with our age at an immeasurable number of points. Israel is our tragedy, our triumph, our sorrow, and our redemption.

Indeed, any ruler or regime is answerable to God, and such prerogatives are not limitless. If Paul is to be understood in this extreme manner, then Hitler (always the reductio ad hitlerum) should have been submitted to by virtue of the unassailable authority of Yahweh, or perhaps through what is tantamount to Hegel’s rendition of a deified History.   This stark determinism of “The Real is the Rational” can be used to justify any tyranny or state of affairs that could hardly be categorized as righteous or “of God.” Moreover, if one is following the Sovereign, who is the manifestation of God in the World, then obedience excuses the commission of any number of horrendous crimes that can be absolved with the answer: “I was only following orders.”  Such an interpretation not only militates against the wisdom in the Book of Proverbs, it works against Moses and the Israelites who unrighteously toiled under bitter bondage in the “fleshpots of Egypt.”

As far as the absolute authority, even unto the penalty of death, by Hebrew parents over their children (explicated in Deuteronomy 18), this verse has been torn from its cultural context where the adoration and respect due to parents were considered filial honor and therefore paramount. However, there was an expectation of reciprocation that went hand in hand with this respect. In the ancient world, the Roman law of the 12 Tables gave the paterfamilias nearly unqualified power over the life and death of his sons.  Now, there is a difference between retaining the authority and carrying out the sentence. The execution of sons in Republican Rome and at the foot of Sinai most likely rarely, if ever, occurred — considering the bond of love that existed and was reinforced by the tribe’s culture. It was enough that the underlying edict be there—which itself was primordially reinforced by the unwritten intuition of nature and later codified by “Honor thy Father and thy Mother.”

The family’s existence as the primary natural institution of the god of nature or nature’s god is governed by the promptings of right reason. The codification of the governance of this relationship was merely the promulgation via positive law to the annals of History– for even the heathen understood this natural association intrinsically. What is more interesting, is that today in Islam we see this absolutism not only existing as an abstract teaching moment, but being instituted in Honor killings — with the father’s own hand being the instrument of wrath for female disobedience.

While we are at it, I was thinking of the “eye for an eye” proposition that seems to draw so much consternation from enlightened Moderns who vigorously pat themselves on the back for their effete sensibilities. In truth, the principle is intended as one of proportionality and not as one that codifies vengeance.  It is meant to stop a person from seeking more than what is truly just.  It meant that a judge could not kill the entire family of a deliberate manslayer and call it justice. The punishment had to proportionately fit the crime. A theft could not, in theory, require the life of a man or the forfeiture of his entire house.  Rather than being tagged as a holdover relic of barbarism, this principle exists as the apex of justice in a world otherwise governed by the assertion of Thrasymachus (Justice lies in the interest of the Stronger) or the Athenians in Thucydides’ Melian dialogue (The Strong do what they can, while the Weak suffer what they must). If the truth be told, we still inhabit such a world. The wafer-thin veil of civility we see around us is merely the penumbra of the Christian Weltanschauung that still abides in the tattered hulk of our civilization’s positive law.

No justice can be considered wise unless it liberally grants the spirit of mercy to those who deserve mercy and imposes measured judgment to the outlaw. The action of misapplying these remedies to the inappropriate parties has the profound effect of confusion and the multiplication of injustice within the City. As Montesquieu noted: “There is no greater tyranny than that which is perpetrated under the shield of the law and in the name of justice.”  In our application of law we should consider the Spirit of the Laws which can then give us guidance and inspiration to illuminate our task at hand. But first, we must be cognizant of the authority from which to seek this Spirit: It is always, without reservation, to be found in the pristine reservoirs of Heaven.

Conservatives in Congress are taking President Obama to task for breaking a promise to Americans, if not outright lying, that...