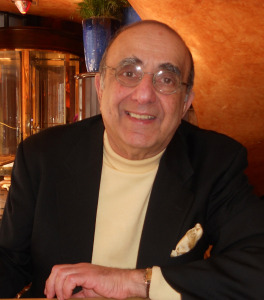 Education is all about head-shrinking. A perfectly normal head or, to be more precise, mind, is taken before it can form important concepts and gather life-saving knowledge, and it is reduced to the size of a pea through concept-shrinking educational activities. Then after twelve, sixteen and even twenty years of such education, these shriveled and minuscule minds are released unfocused to society for the strongest voice and the most powerful hand to lead.

Joe David
The Fire Within
Today, everywhere, we are seeing the results of decades of such education. While extremists invade all areas of our society, deconstructing our culture with hateful slogans and deeds, the majority of Americans ignore them. They don’t understand – or care to understand what is happening. They are too absorbed in their artificial world, created with Silicon Valley’s high-tech gadgetry and Hollywood’s special-effects entertainment, even to take note of it. Those few who do understand what’s happening and dare to identify the enemy are usually discredited or marginalized.

A huge organization of thinkers (and pundits) do this by overloading the public with volumes of words, often contradicting the truth, blaming everyone but those guilty for what has gone wrong today in America. By inundating the public with confusing information, they are allowing our truly dangerous enemy, bent on burning our Constitution and stealing our freedom and prosperity, to continue their schemes, unnoticed. Disguised by respectability and entrenched in three primary areas of our culture, this enemy with laser-like precision is surgically turning the land of the free and the home of the brave into the land of the mindless and the home of the submissive.

The most respected and perhaps the most destructive enemy of American culture are the educators. While promising to liberate us, they are instead enslaving us with their weapon of mass-mental self-destruction. This weapon is called pragmatism, a philosophy bequeathed to them by the father of modern “education.” What makes this philosophy threatening to healthy minds is its non-ideological approach to problem-solving. Translated, this simply means students are encouraged to seek immediate, not moral solutions to important problems. Such quick-fix solutions to urgent problems rarely address their underlining cause, leaving them free to haunt us periodically until, if ever, they are corrected. (Almost everything the government does these days exemplifies this approach to problem solving.)

This deadly philosophy responsible for this crept into our schools through the teachings of John Dewey. It is his progressive ideas on education that have directly (and even indirectly) influenced the outcome of modern education (i.e., the abandonment of phonics, the creation of anti-intellectual classroom exercises, the new math system, cultural relativism, historical revisionism, political correctness, and the list goes on). After years of such education, the results are seen almost everywhere. It is most obvious among public school graduates who leave school unable to read, write or think independently. Instead of having mastered higher-level reasoning skills, the opposite has occurred. Tossed into the gutter educationally, they have been left to find their way out without any intelligent guidance. The primary conversation of such aborted mental misfits centers around the mating habits of their favorite celebrity, the latest cool “action” movie, or the most popular mind-blowing recreational drug. When young adults do attempt to lift themselves to higher levels of thinking, they usually find themselves sinking in quicksand, because their ideas are often built on faulty premises. Our schools in their eagerness to mass-produce ignorance have successfully created students who can only reverberate memorized clichés, unprocessed cerebrally.

When I began to write for the general markets in the sixties, certain taboos existed among publications. These taboos were clearly communicated to writers. The reason was to make certain everyone understood who his audience was. Within the perimeters of these taboos, though, the writer was able to write freely, restrained only by good taste and reason. Today, unfortunately, such freedom has been lifted. What we are facing, in lieu of a taboos, is wide-spread censorship. The market available to responsible writers has shrunk significantly. If writers want to be published widely, they must maintain an acceptable bias. They are only allowed to tell the truth up to a point, and only then if they give the content the right spin. Success in this new market is determined by the skill with which a writer can make his spin believable.

Because of such growing censorship, we are reaching the end of free speech. Dark clouds are hovering over America. The leaders in communications are shamelessly making certain to this by giving preference to writers with troubled and muddled minds who have no problem building a case against a victim without first a fair trial (the George Zimmerman case, for example). Their reason for this is to take us into a New World where law and order is replaced by mob rule.

Thomas Jefferson once said, “A government big enough to give you everything you want, is big enough to take away everything you have.”  Every day in so many different ways Americans are voting for more government expansion without realizing they are creating more opportunity for tyranny. The scandals in government (which even the powerful media aren’t always able to hush up) are occurring regularly at an unbelievable rate. Those noble programs which have been created to help the unfortunate have become money-laundering enterprises that make a few select people very rich at the public’s expense. Instead of having a government that protects us, we have one is bankrupting us both financially and morally lucrative scams.

Thanks to the dumbing down of America by the schools, today the big three are able to get away with this, and, at the same time, divide Americans (whites against blacks, Christians against Muslims, rich against poor, immigrants against natives, and the list goes on, ad infinitum). By creating divisiveness, they are setting up the dynamics for the final stage of their plan, a civil war which will give the government the excuse it needs to crush Americans through military rule. Like Germany during the time of Hitler, we are presently being identified (phone taping and email hijacking by NSA), and silenced (the Tea Party scandal and the censorship of the pulpit by the IRS). These three important segments of our society, which are capable of lifting us to the highest level of achievement by protecting our rights and expanding our minds, are effectively leading us to our enslavement.

Right now our borders are broken and the terrorists are flooding the land. While this is occurring, Americans are overdosing on sex, drugs, and mindless entertainment. Any day, any time, the enemy will rise up and take action, armed for modern warfare, with the complete support of the big three.

The big question: Will America survive?

Joe David is the author of The Infidels, a moving story about the World War I genocide against Christians led by the Ottoman Turks. A long-time critic of our schools, he has also written three books on education, The Fire Within. Glad You Asked! and Teacher of the Year.

In Case You Missed It:  6 Key Points on Efforts to Oust Trump in Final Days
Posted in Freedoms.

Once Here, 70 Percent of Illegal Families Don’t Report Back to Immigration Agents

Seven of every 10 families released by the Obama administration this year after entering the country illegally didn’t show up...