By Judi McLeod:  Has anyone—anyone—noticed that it took President Barack Hussein Obama six long years to notice that radical Islam is well on its way to conquering the world? 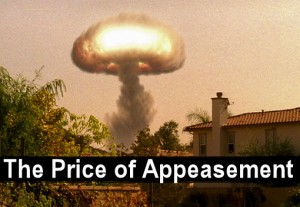 Has anyone noticed that this dubious president seems to be conning the world with a Hollywood script type no-boots-on-the-ground war and is thus far getting away with it?

It’s as if Obama, complete with teleprompter and photo ops is sitting there playing with toy soldiers while ISIS-ISIL, the Khorasan group, Boko Haram and the same al Qaeda he claims to have finished off play out their much more dangerous Caliphate.

Where is the commonsense, military expertise and plain rationale of other world leaders while Obama and the Arabs are leading us into World War III?

“Shortly before dawn local time on Tuesday, the US began launching air strikes in Syria against the jihadist group Islamic State in Iraq and Syria (ISIS), as part of President Obama’s effort to“degrade and defeat” the group that has seized vast parts of both countries and beheaded two American journalists.” (Joe Posner, Vox. Sept. 23, 2014)

“This is a major escalation for the US, which has avoided direct engagement in Syria’s civil war since it began in 2011. But it is also shrouded in a degree of mystery, with the details of the strikes, its targets, and its implications for the Middle East not totally clear. Here, then, is a running account of what we know and don’t know.”

—The air strikes and cruise missiles hit ISIS in four Syrian cities, including the northern Syrian city of Raqqa, the group’s self-declared headquarters. They also hit the ISIS strongholds of Dair Elzur, Hasakah, and Abu Kamal.

—Five Arab countries also participated in the operation: four Gulf countries—Saudi Arabia, Qatar, Bahrain, and the United Arab Emirates—and Jordan. Saudi participation is big deal here, as the Saudis have been hesitant to act so fully against ISIS (they share a mutual enemy, Bashar al-Assad) and are a regional power.

—The US notified Syria that it was going to strike ISIS. The Syrian government did not grant formal permission for the strikes in its territory, but these attacks help Bashar al-Assad, who is also at war with ISIS. Assad’s air defense system is conspicuously declining to fire on the American and Arab jets.

—This is a huge success for Bashar al-Assad. The Syrian leader has now convinced the world’s most powerful country, which was threatening to bomb himjust a year ago, to instead bomb his enemies. There is a strong indication that this was his plan all along.

—The US also bombed the al-Qaeda branch in Syria, Jabhat al-Nusra. The strikes reportedly killed over 50 al-Qaeda militants, most of them foreign fighters; the group is an enemy of ISIS.

—US strikes also hit an al-Qaeda group called Khorasan. The little-known group, which some analysts say is actually just a collection of al-Qaeda officers, is said to have been plotting an attack on the US.

—An unknown number of civilians were killed in the strikes. Syrian rights groups say the civilian casualties include three children.

—Israel shot down a Syrian military jet over its territory. This is the first time this has happened in 25 years; Syria also acknowledged the incident. An Israeli spokesperson said, “We had to shut him down even though we understand that his intention was not to attack us.

Thank You, Joe Posner, for filling us in with what we know and don’t know.

While we know that Tuesday’s air strikes and cruise missiles hit ISIS in four Syrian cities, including the northern Syrian city of Raqqa, the group’s self-declared headquarters. and that they also hit the ISIS strongholds of Dair Elzur, Hasakah, and Abu Kamal, what about their branches, in say, places like Minneapolis?

With all eyes trained on Obama and the Arabs in Syria, the U.S. southern border is a forgotten gaping hole where those with ill intent for what terrorists regard as “the big Satan” are easily slipping through.

Back to Posner in what we don’t know:

What we don’t know

—How will ISIS respond? The group has beheaded two American journalists, as well as a British aid worker and a number of Lebanese citizens. The group seemed to be inviting American air strikes; now that they are occurring, they is no telling for sure how the group will respond.

—Is the US coordinating with Assad? The US government insists there is zero direct cooperation with Syria’s government, but Syria says that Secretary of State John Kerry sent them a secret letter explaining their actions and has hinted at a degree of implicit cooperation. Syria’s claims may well be a lie designed to make Assad look less powerless, but there is certainly implicit cooperation as American and Syrian forces are avoiding shooting at one another.

—Why did the Syrian jet cross into Israel? This is an extremely bizarre and perplexing incident, given that the Syrians had to know how Israel would respond. Was it an accident? A response to some clandestine Israeli action? Is it related to the US-led bombing, or entirely separate?

—What is the Khorasan group? Many terrorism analysts doubt the US government claims that this is a shadowy, scary new group plotting against the US, saying it is simply a collection of al-Qaeda veterans from Afghanistan. How distinct is the group, really? Is it actually plotting against the US, and how credibly? And how accurate are the reports that the US strikes killed senior Khorasan leaders during the strikes?

—Will Assad finally confront ISIS? There is wide suspicion that Assad allowed ISIS to grow, or even fostered their rise, because he knew it would lead the US to attack them, implicitly taking his side. Will he now finally unleash the Syrian military on ISIS?

—What is Iran’s role? Iran is openly backing the Syrian government against ISIS, and the US and Iran have hinted at cooperating against ISIS in Iraq, where they have more or less the same agenda. But Iran supports Assad, while the US wants to undermine him. So it’s not clear how their missions and actions—and possible coordination—will line up in Syria.

—Will other American allies participate in the Syria bombing campaign?After the bombings began, a UK spokesperson said that “supports the latest air strikes against ISIL terrorists which have been carried out by the US and 5 other countries from the Gulf and Middle East,” implying the UK was not, as yet, participating in direct military action. However, the spokesperson also said that “the UK is already offering significant military support, including supplying arms to the Kurds as well as surveillance operations by a squadron of Tornadoes and other RAF aircraft.” Whether that kind of support from the UK or other non-Arab partners escalates to the use of force remains unclear.

—Has ISIS started operating inside Jordan? A spokesperson for the Jordanian government reportedly told CNN it had, and that this was why Jordan had participated in the strikes. But that justification has not yet been stated elsewhere, and despite previous reports of ISIS infiltration in Jordan, the scale and risk of the group’s activities there are not yet clear. Still, any ISIS presence in Jordan would likely alarm its closest allies, the US and Saudi Arabia.”

Primary among the reasons for Obama’s and the Arab’s strike on Syria is the Kurds on Syria’s northern border who issued a desperate cry for help to defend themselves against the ravening Islamic State.

“But it is still unclear whether last night’s coordinated attack on militants in Syria was aimed at protecting Kurds in Syria. A Kurdish spokesman in the besieged area has said he has no knowledge of US airstrikes in the area.” (Boston Globe, Sept. 23, 2014)

All leaders of the unnamed countries Obama boasts as allies in the war without boots on the ground should be worried. 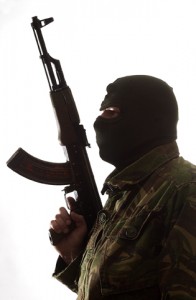 Obama, who has patently ignored the progress of radical Islam for six long years, has maintained a style writing a script whereby everyone becomes a bit player. He has refused to call—or let anyone else—call members of radical Islam “terrorists” and claims what he and the Arabs are waging in Syria is not really war.

How can anyone trust a man who is so steadfastly against his own country when so many innocent lives are at stake?

Indecision and double dealing best describe the Obama regime of the past six years.

Why is Obama making his move against the Islamist State only now?

What kept him so long?

Is Obama and the Arabs War Without Boots on the Ground a political ploy to force attention on the Middle East because of November midterms?

Would he go that far to hold onto power in a visibly foundering America?

There are millions who say yes, he would.

As many times as President Obama has promised immigration reform in return for the 67% and 71% of the Hispanic...