To defeat IS we should do more than just bomb its strongholds in the Middle East; we should no longer turn a blind eye to the violent nature of Islam. We should demand that those who settle in our countries cast aside values incompatible with ours. There is a huge problem — also in our countries – cause by the violent exhortations of Islam. Only when we face this truth will we be able to win this war we are in.

Although the majority of Muslims are moderate, thousands of innocent civilians all over the West have fallen victim to terrorists inspired by Islam. IS has announced that every citizen of the West is a target.

70% of Dutch Muslims consider the religious rules of Islam more important than the secular laws of the country where they are living.  Survey, December 2013,  by Prof. Ruud Koopmans, Humbolt University, Berlin

A military alliance, led by the United States, is currently bombing the forces of the Islamic State [IS] in Iraq and Syria. Many European nations, such as the United Kingdom, France, the Netherlands and others, are participating in this offensive. IS, however, is not just a threat to the Middle East, but also to our own countries. The presence in IS’s ranks of hundreds of Muslims born in the West, carrying Western passports, is a huge domestic security risk. Whether we like it or not, war has also come to our streets.

And whether we like it or not, Islam has everything to do with it. “No religion condones the killing of innocents,” President Obama recently said. David Cameron added about the IS terrorists: “They claim to do this in the name of Islam, that is nonsense, Islam is a religion of peace. They are not Muslims, they are monsters.” 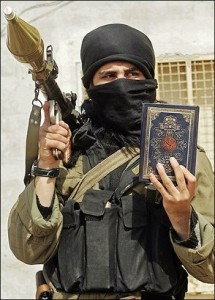 The sad thing is that, while they are, indeed, monsters, they are also Muslims. No matter what Obama and Cameron say, IS and other terrorist groups draw inspiration from Koranic verses, such as sura 47:4: “When ye meet the unbelievers, smite at their necks and when ye have caused a bloodbath among them bind a bond firmly on them.”

Although the majority of Muslims are moderate, thousands of innocent civilians all over the West have fallen victim to terrorists inspired by Islam. On 9/11, 2001, Mohamed Atta and his accomplices flew planes into New York’s twin towers. In March 2004, Jamal Zougam, a Moroccan-born Spanish citizen, and his friends bombed four commuter trains in Madrid. In November 2004, Mohammed Bouyeri, a Dutchman of Moroccan origin, slit the throat of Islam critic Theo van Gogh in Amsterdam. In July 2005, Hasib Hussain and three other homegrown British suicide killers assassinated 52 civilians on the London public transport system. In March 2012, Mohammed Merah, a Frenchman of Algerian descent, mowed down a rabbi and three children in front of a school in Toulouse. In April 2013, the Chechen brothers Tamerlan and Dzhokhar Tsarnaev, killed three onlookers at the Boston marathon with pressure cooker bombs. In May 2013, Michael Adebolayo, a British citizen of Nigerian descent, decapitated soldier Lee Rigby in the streets of London. Last May, Mehdi Nemmouche, a French citizen of Algerian origin, murdered four people at the Jewish Museum in Brussels.

Atta, Zougam, Bouyeri, Hussain, Merah, Tsarnaev, Adebolayo, Nemmouche, they were all Muslims, most of them carrying Western passports. It is dangerous to deny a reality because it is discomforting. Bombing IS in Syria and Iraq, while refusing to see the problems at home, will have disastrous consequences.

There is much discussion about the support among Muslim populations in the West for IS and similar organizations waging jihad and aiming to impose Islamic Sharia law on our societies. A survey conducted by ICM Research last July found that 16% of all inhabitants of France and 7% of the inhabitants of the United Kingdom have a favorable view of IS. In May 2013, a survey by Ahmed Ait Moha of Motivaction, an Amsterdam research institute, found that 73% of Dutch Muslims regard Dutch Muslims who fight in Syria as heroes, compared to only 3% of indigenous Dutch. Last December, a survey by Prof. Ruud Koopmans at Humboldt University in Berlin revealed that over 45% of German Muslims and 70% of Dutch Muslims consider the religious rules of Islam to be more important than the secular laws of the country where they are living.

Every day, I can feel the cold shadow of Islam. Next November, it will be exactly ten years that I have been living under permanent police protection. Wherever I go, armed policemen go with me to protect me against Islamic groups who have vowed to assassinate me because they disagree with my opinion that Islam is not a religion of peace. Today, ten years later, IS has announced that every citizen of the West is a target. 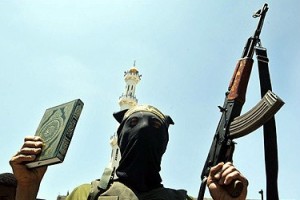 To defeat IS we should do more than just bomb its strongholds in the Middle East; we should no longer turn a blind eye to the violent nature of Islam.  We should demand that those who settle in our countries cast aside values incompatible with ours.

Last week, I proposed in the Dutch Parliament that we ask an oath of all people from Islamic countries who wish to be members of our society. In the oath they have to explicitly distance themselves from Sharia law and the violent verses in the Koran. Those who do not want to take the oath are no longer welcome. They should leave our country at once. This measure forces us to see the reality which Obama, Cameron and other Western leaders refuse to see: there is a huge problem – also in our countries – caused by the violent exhortations of Islam.

Only when we face this truth, we will be able to win the war we are in.

Geert Wilders MP is the leader of the Party for Freedom (PVV) in the Netherlands. In a recent poll the PVV is currently the largest Dutch party. Mr. Wilders is the author of Marked for Death: Islam’s War Against the West and Me (Regnery, Washington DC).

by TONY LEE:  Jorge Ramos is not boring. And he doesn't hide his biases. CNN conceals its blatant liberal biases....