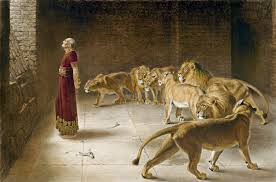 A few weeks ago, while filling in as a “guest teacher” at a local continuation school, I received that dreaded call that no educator ever wants to receive. According to the union representative, I had been accused by a middle school student of racial discrimination and the school’s vice-principal wanted to meet with us for a conference at the district office. After asking him a few questions and finding that he knew even less than I did, I made an appointment to get to the bottom of this later on that afternoon.

I assume that at least some of my readers have experienced a commensurate shock: the boss calls you in for some cryptic meeting over the phone in stern monotones without the usual pleasantries, a summons server waylays you in front of your house, or maybe a letter arrives from the IRS wanting to discuss posthaste a matter of singular importance. It can only take a brief moment to shatter our mundane lives with an unseen sucker punch. How quickly the bottom drops out of our world and the lightning bolt of either justice or injustice sends us reeling: with bellies full of butterflies and nitric acid dripping through our veins.

Even in a mine field as perilous as the modern public schoolhouse, where speaking candidly on social issues is akin to walking amidst eggshells filled with nitro, the virtues of honesty and integrity are still held in tenuous esteem. I am savvy enough to walk the prudent line, but I will not stoop to proclaim good as evil or the vicious as virtuous. Much of what now passes as education carries an ignoble stench, as it indoctrinates young minds that could not punch their way out of a paper bag. And so when I come upon what is either a blatant falsity or a one-dimensional truth from a textbook designed for borderline illiterates, I try to balance their propaganda with a view of the world as I see it. If speaking truth to power (as those who are now in authority once loved to shout) gets me in hot water or dismissed, then that is a small price to pay for setting the record straight and perhaps atoning for the hypocrisies I committed a lifetime ago.

The political architecture of school districts can be as authoritarian as the Soviet Union’s notorious NKVD and their personnel tend to be comprised of quislings and “yes men:” milksops who know which side their bread is buttered on and move lockstep in pursuit of their Stalinist “rice bowls.” More than anything, these apple-polishers fear bad press, and so they will go out of their way to cover their derrieres when hot button issues such as race are called to their attention – even if the specific allegations are patently ridiculous on their own merits. Before this current accusation was lodged against me, a HS instructor who was separating “problem children” in her classroom was asked by a black student, “Why you movin’ all the niggas?” The great “wing-ding” (which made all the papers) commenced when the frazzled veteran teacher repeated the “word” I am sure she heard a hundred times a day out of the mouths of her black students. Whether it was intended as a mocking echo or in an ironic or pejorative fashion, I do not know. But once the scarlet letter (“R”) becomes attached to you, it can destroy an honorable career of service and render you a pariah from which there is little recourse. There are some incantations that can only be uttered if one’s melanin content is sufficiently validated in 21st century America.

As I entered the meeting, I was informed that a black middle school student had informed his mother many days after the fact that I had said something on the order of “not liking black people.” I explained that the student filing the complaint had been continually disrupting the class and that I eventually sent him to be handled by a teacher next door. This young man resisted all my attempts to expel him from the class and argued tenaciously with me. Finally he said, “Don’t you like black people” and I muttered sarcastically as an aside, “yeah, right,” as the student disappeared and I resumed monitoring the class. I probably had five other black students in the class and not one of them posed problems. Moreover, after 15 minutes the same vice principal who was interviewing me entered the class with the student in tow. The VP informed me that the student had been wandering through the courtyard, having disobeyed my directive to go next door. Taking him aside, I told him what had happened, and after complimenting the class on their behavior, he winked at me and walked out. Not once did this student inform him of a racist statement while it was hypothetically fresh in his mind, nor did any of the students in the class do so. If such a thing had occurred, I would have been ratted out in a nano-second.

Through the course of the 45 minute meeting it became clear (at least I think it was) that the accusation was unfounded and that something else had precipitated the charge: possibly a performance issue. As I walked out the door the whole episode waxed surreal. The VP that morning had received the complaint and quickly interviewed a handful of students who more or less shored up my version of the story, but the mother remained indignant and threatened to take her grievance to the board. Since we know that humans can play fast and loose with the truth, what if those young people had wanted to watch me twist in the wind? Furthermore, how can any accused teacher “prove a negative” or reclaim their innocence when California’s education statutes make it illegal for me to audiotape encounters with students, although every middle schooler has a smart phone they can use to record my actions after baiting me to exasperation? I have been warned that this ordeal is not yet over, and so I wait: either for a lukewarm redemption or for a metaphorical scaffold to pop up on my horizon. In this toxic environment, where the balance of strength has shifted away from authority and an auto da fe’ is only an accusing stone’s throw away, why would anyone want to serve in a classroom, especially in a hard urban district such as this one?

The answer is: many won’t. Indeed, I could literally work every day for this district, but things have gotten so bad discipline-wise at many of the middle and high schools that I refuse to submit to the disgracefulness of it all. Every day scores of positions go unfilled, even with the prevailing combat wage they pay. Being an “old school” type of guy, I maintain an orderly classroom; and the question, “Why are you discriminating against black people,” has been uttered in a dozen different forms to me and to other teachers all throughout the area – even to black teachers themselves. In a district with Martin Luther King Jr. and Cesar Chavez Middle Schools, not to mention dozens of other schools named in honor of minority educators that provide dozens of programs designed to equip black students for the future – schools that lavish free activities and hefty scholarships for even the moderately competent, why has the race conundrum become only more inflamed? In a country that celebrates MLK Day as a national holiday, February as Black History Month, and even has an elected President who wallows in his “blackness” when politics require it, why do we still have these low level witch hunts or catastrophes like Ferguson suspended over our necks like Damocles’ sword? When will that tipping point occur when this disaffected swath of America works through and rejects that bleak inertia of grievance — that terminal paralysis of memory?

George Orwell, that 20th century prophet who saw through the obfuscation of tyranny and self-deception, is remembered for two quotes: “In a time of universal deceit, telling the truth is a revolutionary act” and “Freedom is the right to tell people what they do not wish to hear.” As for the former, I do not see myself as a firebrand, although I am not averse to urinating on someone’s pity party. I want to help strengthen young characters, not hobble them with apparitions that are self-made and self-defeating.

Aggrievement and entitlement have historically been liberalism’s noxious elixirs for what ails the soul. While they are initially sweet to the palate, they eventually boil in the belly and give a young man a dozen ready-tailored excuses for why he cannot become more than he is. As for my accuser, I wish him well and hope that the perceived evil he saw fit to inflict on me will turn to his own good, like Balaam’s curse transmuted to a blessing. As I back out, ever so gingerly, across those spent eggshells leading away from the lion’s den, I shall be watching for him most intently.

In Case You Missed It:  Leading scientists publish review warning that COVID-19 booster shots are “not appropriate” and lack supporting data
Posted in Freedoms.

"What the left calls science is really a hypothesis accepted as a fact without the skepticism. Its intelligence is a...