The U.S. Supreme Court ruled in 1875 that immigration was a federal responsibility, taking that away from the states. Immigration laws were set in pace for equality and to protect US citizens from such things as disease from immigration, amongst other things. 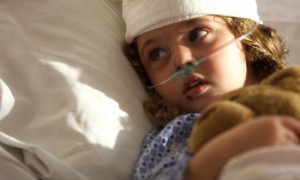 For decades immigrants had to have heath clearances before immigration to the USA, this is to protect the heath of the US citizens, that was until Obama because president and decided prutting american at risk is worth it if Democrats can gain voting citizens.  yes illegal immigration was always an issue, but nvr has a president and it administration opened the floodgates and openly welcome anyone to come break the laws of the United States.

Dr. Jane Orient, Executive Director of the Association of American Physicians and Surgeons, reported that the Obama administration has been “real tight-lipped” about the mysterious respiratory illness that has struck children in the United States, the illegal immigrant minors from Central America are the source.

The illegal immigrant children who have been sent by the Obama administration to various locations around the country are the cause of the virus. Now with Ebola while France and UK stoped flight from Ebola stricken zones, Obama has done nothing.

Dr Orient also spoke about the risks posed by drug resistant tuberculosis, saying “virtually all of the cases of drug resistant TB that have been discovered in the United States are in foreign born individuals, and the vast majority of any type of TB is in a person who was born in a foreign country. It is a public health nightmare to just have one of these cases in your community because the person needs to be quarantined…and you could catch TB on a bus, there is no question about that.”

Because the Obama administration has not subjected a large number of these children to proper medical screening processes. As many as 50,000 children, mostly from Central American countries … are not being detained for the purpose of identifying illness.

Now there is a mysterious polio-like virus that’s causing acute neurological illness and paralysis in US children. The virus seems to be related to the nationwide epidemic of EV-D68. The CDC is investigating nine cases of muscle weakness or paralysis in Colorado children to see if enterovirus 68 (EV-D68) might be the virus responsible for the neurological symptoms.

EV-D68 was detected in four of the eight sick children who were tested for the virus.

The CDC says the mysterious illness is characterized by “focal limb weakness and abnormalities of the spinal cord gray matter on MRI.” The cases, which are just now being made public, occurred between August 9 – September 17 among children aged 1-18 years old (with a median age of 10 years-old).

The nine children who have been confirmed to have this neurological illness all had fever and respiratory illness about two weeks before developing varying degrees of limb weakness. Health officials don’t think it’s polio because eight of the nine children are up to date on their polio vaccinations.

The CDC may be pretending that they have no idea where this outbreak came from, but for months now similar neurological illness outbreaks have been occurring in border towns throughout the U.S.. In fact, back in February of 2014, an outbreak of a polio-like illness caused as many as 25 children in California to come down with paralyzed limbs and little hope of recovery. According to the BBC, at least five of these cases were directly linked to enterovirus-68, proving the CDC has known about this outbreak for quite some time now.

Unless this government starts to control the crisis at the border, this is only the beginning. When you allow entire populations of people into a country without medical screenings, the results are actually quite predictable.

This isn’t a mystery; it’s well-known medical science. This is exactly why we once required medical screenings of all incoming immigrants, and why we built special islands in New York’s Harbor to quarantine incoming ships. When you introduce new populations to a country, you introduce diseases that have not been seen in that area. You also immediately increase the risk of deadly disease outbreaks.

Obama is the President who engineered an invasion of thousands of children and others from Latin America and then distributed them to various states without informing their governors or other authorities of who and where they were.

I believe that certain people inside the Obama Administration and FOOs – friends of Obama – are not concerned about the deaths of Americans in a horrible fashion, but rather believe you cannot make an omelet without breaking a few eggs. Would they rather have people die horribly in a pandemic if it can be used to promote the kind of change they envision for America?

So the U.S. government has no plans to take decisive action to stop Ebola from coming here. They have better things to do.

Obama Brushes Off Plight of U.S. Marine Jailed in Mexico

(CNSNews.com) - It's the State Department's problem. On the same day Republican lawmakers urged President Obama to do something about...