By Rolf Yungclas:  The Obama propaganda machine churns out fantasy to the liberal and Left media outlets, who obligingly publish and defend everything they put out. And since Fox News is the biggest media source that does not buy into this Fantasy World, they are the ones portrayed as living under false conceptions. 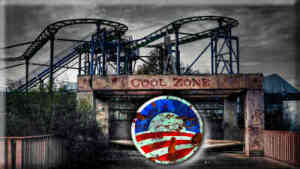 So it’s no surprise that on Thursday, apparently needing to shore up his Fantasy World against a new round of Obamacare bad news, the President said the following: “While good, affordable health care might still be a fanged threat to the freedom of the American people on Fox News, it turns out it’s working pretty well in the real world.”

As we will see here, “good, affordable health care” is only working in his Fantasy World.

President Obama and his cronies on the Left tries to portray Republicans’ motivation as being from a carefully concocted fantasy world because that is their mode of operation.

But Republicans don’t have the time or the desire to live in a fantasy world like the Left does. While most Republicans are too busy fighting the fantasy deception of the Left and dealing with real world issues, other Republicans these days are working full time to try and stop a growing movement of conservatives and libertarians inside and outside their Party.

The Left’s Fantasy World requires the suspension of reality until it comes crashing into their lies and can no longer be avoided. It doesn’t help either that the President is too busy partying, campaigning and trying to vacation his way through his 8-year stint at the White House.

You know the President is telling some real whoppers when he has to take four sentences in the same speech to tell us what a truthful guy he is: “And I’ve also tried to correct the record, because as I said, there is a lot of noise out there. Every item I’ve ticked off, those are the facts. It’s not conjecture of opinion or partisan rhetoric. I laid out facts.”

But Obama’s “non-partisan” perspective is far from being fact. In an August 29, 2014 article by Clara Ritger at Nationaljournal.com, we can see there are glaring holes in his Fantasy World:

“Whether the quality of care in the new market is comparable to private offerings remains to be seen. But one thing is clear: The cost of care in the new market doesn’t stack up. A single wage earner must make less than $20,000 to see his or her current premiums drop or stay the same under Obamacare, an independent review by National Journal found. That’s equivalent to approximately 34 percent of all single workers in the U.S. seeing any benefit in the new system. For those seeking family-of-four coverage under the ACA, about 43 percent will see cost savings. Families must earn less than or equal to $62,300, or they, too, will be looking at a bigger bill.

“Those numbers include the generous tax subsidies designed to make the new system more attractive to consumers.”

Casey B. Mulligan described it this way on September 9, 2014:

“By the end of this decade, nearly 20 million additional Americans will have health insurance as a consequence of the law. But the ultimate economy-wide cost of their enrollments will be at least double what it would have been if these people had enrolled without government carrots and sticks; that is, if they had decided it was worth spending their own money on health insurance. In effect, people who aren’t receiving assistance through the ACA are paying twice for the law: once as the total economic pie gets smaller and again as they receive a smaller piece.

“The Affordable Care Act is weakening the economy. And for the large number of families and individuals who continue to pay for their own health care, health care is now less affordable.”

Obama Wants Iran to Have Nukes

By Alan Caruba: The President’s lack of attention and indifference to years of intelligence reports and analysis is leading to a...