By Arnold Ahlert:   This column is a public call to arms: it is time anyone with an iota of investigative journalistic integrity, in combination with a team of dedicated epidemiologists, to determine beyond a reasonable doubt whether the current outbreak of Enterovirus D68 (EV-D68) – which is killing and paralyzing American children – is directly related to the Obama administration’s decision to allow 66,000 illegal alien children and their families virtually unfettered entry into America. 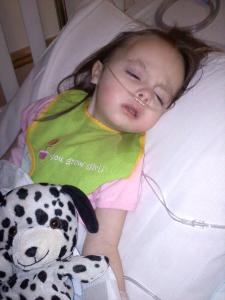 As of now, only two reporters, Sharyl Attkisson, and “Sundance” at theconservativetreehouse.com website, have broached the possibility. As Attkisson reveals, “at least 538 people in 43 states and the District of Columbia have become ill with EV-D68. Most of them are children and some developed limb paralysis.” And she suspects the number is higher than that because “some state health officials are not testing every suspected case.”

Whether that is by accident or design is anyone’s guess. And it remains guesswork because of a despicable Obama administration that has reduced virtually everything, including the deaths and paralysis of children, to a political calculation. It is the same political calculation that not only embraced the admittance of tens of thousands of Unaccompanied Alien Children (UACs) into our nation, but the purposeful dispersal of them into 50 states, the District of Columbia, Puerto Rico and the U.S. Virgin Islands. Approximately 37,000 of these children were dispersed to so-called relatives or guardians, while an additional 28,000 children have been dispersed to 116 shelters in at least 16 states, with the feds proposing another 46 shelters in 27 states.

Moreover, those children were dispersed despite the reality the Obama administration ignored Centers for Disease Control (CDC) guidelines that apply to legal immigrants and state, “The health-related grounds for inadmissibility include persons who have a communicable disease of public health significance, who fail to present documentation of having received vaccination against vaccine-preventable diseases, who have or have had a physical or mental disorder with associated harmful behavior, or who are a drug abuser or an addict.”

That dereliction of duty was reported in August. Two months earlier, ABC15 Arizona noted that border agents wereworrying about a “viral outbreak” brought to the United States by “hundreds of illegal immigrants crossing over into southern Texas.” The Department of Homeland Security’s response? “DHS has public health controls in place to minimize any possible health risks,” the agency stated.

Will anyone ask how those risks are minimized by the dispersal of 66,000 illegal alien children throughout the nation?

Attkisson explains that “Enteroviruses commonly circulate in the U.S. during summer and fall. EV-D68 was first identified in California in 1962. Over the past thirty years, only small numbers were reported in the U.S.” She further notes the CDC “hasn’t suggested reasons for the current uptick or its origin.”
In strict terms of evidence, this amounts to nothing more than a remarkable coincidence, and Attkisson acknowledges that reality, noting the disease and its link to the influx of illegals – which ramped considerably up during summer and fall – “could be entirely unrelated.” Yet there is something extremely unsettling about the fact the CDC not only hasn’t “suggested” anything, but isn’t actively leading the charge to establish the facts, wherever they go.

Perhaps for the Obama administration, remarkable coincidence is really all about “plausible deniability.”

Enter Sundance, a nose-to-the-grindstone investigator who makes a mockery of mainstream “journalists.” He has dedicated himself to the next phase of this investigation in an effort to determine if there is a correlation between the location of UAC shelters and outbreaks of EV-D68. He quotes part of Attkisson’s piece as his reason for doing so – further indicting the Obama administration in the process. “Though the U.S. government is keeping secret the locations of the illegal immigrant children, there are significant numbers of them in both cities in which the current outbreak was first identified, Kansas City, Missouri and Chicago, Illinois, according to local advocates and press reports” (italics mine).

In a better world, maintaining secret locations of illegal alien children among millions of unsuspecting, possibly vulnerable, American children, would be seen despicably totalitarian impulse it truly is. And where is a derelict Republican Party, who should not only be demanding to know where every illegal child has been dispersed, but demanding that the HHS, DHS, the CDC and anyone else with critical information be held to account – as quickly as possible?

I’ll tell you where. Sitting on their collective hands, secure in the belief that taking nopositions on anything is the surest path to victory in next month’s mid-term elections. Moreover, half the party, aka the Establishment Republicans, are on board with so-called comprehensive immigration reform, even as the administration has made it clear the blatant extortion that began in 2012, when Obama unilaterally legalized DREAMERS – leading directly to this year’s onslaught at the border – will be followed by yet another lawless effort to legalize millions more illegals by executive order soon after the election. “The moment I act–and it will be taking place between the November election and the end of the year – opponents of reform will roll out the same old scare tactics,” Obama told the Congressional Hispanic Caucus Institute at its annual gala. “When opponents are out there saying who knows what, I’m going to need you to have my back.”

Americans might ask themselves who “has the back” of the 11 children in Colorado and four children in Boston exhibiting limb weakness, cranial nerve dysfunction and abnormalities in the spinal gray matter that may or may not be permanent? Who had the backs of four-year-old Eli Waller, and 10-year old Emily Otrando, along with the three other unidentified children, who died after contracting EV-D68?

Sundance is making a valiant effort in that regard. He has undertaken the painstaking process of examining the federal government’s Tracking Accountability in Government Grants System (TAGGS) website. The information on that site can help determine where the Department of Health and Human Services (HHS) has set up shelters, based on the grants awarded for doing so. “From the FY 2014 HHS Grants we can identify the communities where direct HHS UAC funds have been sent,” he explains. “We can identify the specific facility, or the organization supporting the foster care placement. If you live in, or close to, one of the listed cities below, the UAC’s transfers are already in your community.”

He has also calculated the amount of money being spent on each individual UAC (between $25,000 and $40,000 per child) so the public can see how much money this debacle is costing taxpayers. Far more importantly, knowing the amount of each grant is a means of calculating the number of individuals at each shelter, when those numbers are omitted on the grant allocation reports.

The latest map for shelters that have been implemented, proposed or derailed can be found here. Sundance also provides an incomplete list of the shelters here. It is an incomplete list because some of the organizations that got grants may have sub-contracted the actual housing, and thus will not appear in the TAGGS system. He urges Americans to use both the interactive map and the TAGGS system to see if a shelter has been put in their community.

Americans need to do far more than that. They need to demand answers from an Obama administration that has made it clear the imposition of its agenda by any means necessary is their only priority. Make no mistake: if a direct link can be established between the uptick in EV-D68 in Americans, and the influx of illegal alien children, a criminal investigation must be initiated. A study published in Virology Journal adds fuel to the fire, revealing that many of the 3,375 young, ill people tested in eight Latin American countries had EV-D68. And while coincidence is not causation, the idea that any relevant information regarding the latest origins of this virus is being withheld from the American public is unconscionable.

Once again: this is an open call for those with the resources and connections to come to the aid of the American public. It would take a team of dedicated epidemiologists along with a slew of Freedom of Information Act requests enforced by the courts to ascertain the facts, as it is virtually certain the various agencies that orchestrated the entry and subsequent dispersal of these children throughout the nation would stonewall every effort to collect and collate the necessary data. But the facts must be ascertained. If we simply accept the status quo, understand it is the status quo of Third World-ism in a nation that will no longer have the slightest resemblance to the one established by our Founding Fathers. That is where an utterly bankrupt Obama administration and its enablers are taking us. If we get there, don’t say you weren’t warned.

In Case You Missed It:  “He Raped Me Every Morning” – Snopes Founder Mikkelson Accused of Daily Sexual Assaults by Second Wife and Former Sex Worker
Posted in Tyranny and tagged Crime, Election, Health And Human Services, Illegal Immigration, Obama, US Citizen, White House.

He Was Killed in Afghanistan. A Year Later His 6-Year-Old Son Gets 1 Million People to Honor Him.

Photo: Shining Love to Daddy Baysore Six-year-old Darren Baysore wanted to honor his father on the one-year anniversary of his...