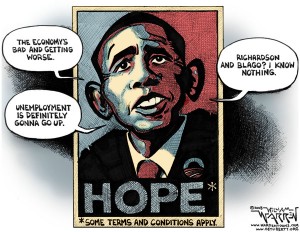 What may be the unintended consequences of Democratic policies regarding the growing Ebola crisis in the United States? Many conservatives are outraged that the Democratic leadership has done little to stop the spread of this dreaded disease beyond lip service. Our borders and our airports remain wide open. It seems the policy of Democrats is to toy with death for the sake of votes.

What Democrats fail to see at the moment is that Ebola will effect Democratic voters more than Republican voters. Beyond that, an Ebola pandemic in the United States may bring an end to Democratic political power and bring to power those whose domestic and foreign policies will fundamentally transform the Republic.

Let’s imagine what may be the unintended consequences on US domestic and foreign policy from a large Ebola outbreak with many deaths. What may happen because of the Democrat’s blindness to the threat that Ebola poses?

An Ebola outbreak with high rates of mortality may diminish the Democratic voter base more than the Republican base. The reason for this is that Ebola will effect urban, minority groups more than rural Americans.

Likewise, as other diseases from Mexico invade the United States, these diseases will spread more rapidly among minority communities in large cities, more so than among rural or suburban communities, where much of the Republican base resides.

Not restricting travel from West Africa, not closing our borders because of false civil rights issues that cater to the liberal base of the Democratic party 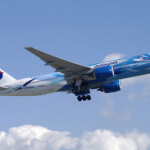 It is no coincident that the first case of Ebola in the United States was in a West African illegal alien community in Dallas, Texas. “During the 2013 fiscal year, statistics from the U.S. Department of Homeland Security website show Border Patrol agents apprehended 112 immigrants from Guinea, 231 from Liberia and 145 immigrants from Sierra Leone, which are the three countries currently experiencing the most cases of Ebola.” Many of those who make it illegally from Mexico into the United States head for the West African community in Dallas, Texas.

The illegal alien African community in Washington, DC could be where the next case of Ebola happens. Then, a Congressman from Illinois may get in the wrong cab, driven by an Ebola infected Nigerian.

By not restricting travel from West Africa and by not closing our borders because of false civil rights issues that cater to the liberal base of the Democratic party, the party leadership has guaranteed the death of many voters the party relies on to get and keep political power. The unintended consequence of Democratic Ebola policies may mean the end of many Democratic voters.

Besides the reduction of their voter base, the Democrats may expect to see many of their favorite social policies undermined by Ebola. Open borders and amnesty may have to be given up. The more open the borders the more Ebola comes into the country and the less Democratic voters there will be.

The high death rate from Ebola will require a high birth rate if the country is to survive. Because of this, same-sex marriage may take second place to traditional marriage and women bearing children. The urban roots of the gay subculture may make gays more prone to contracting Ebola the same way AIDS is rooted in the urban, gay community.

Furthermore, welfare for illegal aliens may have to be cut back to pay for the medical cost of treating Ebola patients, let alone the still unknown cost to Obamacare that treatment for an Ebola pandemic will entail.

After a few years, we may even see large scale deportations of illegal aliens as a result of an Ebola outbreak. For many ordinary US citizens, taxes will not be able to keep up with deaths.

An Ebola epidemic that may force secure borders on many nations may also have a positive effect on the US workforce, increasing the employment rate and domestic production, both of which will be good for the nation. Many employers will shy away from hiring workers from the minority and illegal communities where Ebola is present, and will hire white, US citizens, instead.

Likewise, imports from countries, especially China, may have to be cut back because ports of entry are also ports where Ebola may be transmitted. By then, Ebola may also evolve to be airborne, making secure borders and domestic production essential to the health of the nation.

Sensing the United States is weak and consumed with an Ebola crisis, ISIS and the Mexican drug cartels will start picking at US weaknesses

An Ebola outbreak also will have foreign policy implications. Sensing the United States is weak and consumed with an Ebola crisis,  ISIS and the Mexican drug cartels will start picking at US weaknesses.

To counter these threats, Ebola may present the US military with an opportunity for growth, and help firm up US defenses. The US space program may have to become more than just a feel-good outreach to Muslims.

Some may see a hard-nosed view of the unintended consequences of Democratic Ebola policies as un-Christian, even cruel. We are not proposing that Ebola be used to advance one political party over another. However, a callous view of getting votes by any means and not letting a crisis go to waste is what we see Democratic politicians and the Left often doing.

We are proposing that consideration be given to the unintended consequences of a policy over the long run. It is important to recall that the same roads the Romans built to expand there empire were the very roads the barbarians used to invade and destroy that empire.

Future developments related to an Ebola pandemic remain to be seen. Nevertheless, because of the unintended consequence of Democratic Ebola policies, that disease may become the petard upon which Democrats hoist themselves. Ebola may prove to be the death of multiculturalism and bring about a fundamental transformation of the Republic that electoral politics never could have achieved.

Can Muslims fit into our society?

By Gary Hunt:  The question is rather simple, though the answer may be a bit more complex. However, with the...