By Dan Calabrese : Let’s begin here by acknowledging something pretty basic: At this point, you pretty much assume this sort of thing, don’t you? Some sort of internal subterfuge that will make the Obama Administration look bad starts bubbling to the surface. An internal investigator finds out what’s been going on, and it’s not good, and everyone’s first priority – the electoral impact – starts looking pretty ugly as the voters prepare to go to the polls. 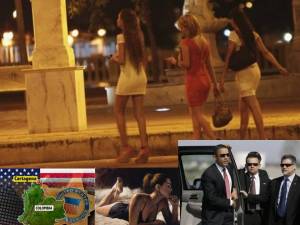 So the White House makes sure that no one hears about it until after the election. Seriously, it’s become so much this administration’s modus operandi that you look at news like this and just shrug your shoulders and ask what else is new, right?

I thought so. And so do I. And it almost makes this sort of story a why-bother proposition because you reach the point where it almost makes you look naive to think it should be treated as news. Why, this is just how it’s done in this town, son! Y’all better learn a thing or two if ya wanna survive here, son!

And that’s kind of the idea. They get away with it by treating you like a naive rube if you think it should be news. But it is news, because it’s not OK, those who understand that need to be resolute in saying so. So let’s:

The lead investigator into the Secret Service prostitution scandal told Senate staffers that he was directed to delay the release of the report until after the 2012 election, according to a published report.

According to The Washington Post, David Nieland also said that he was instructed by his superiors in the Department of Homeland Security (DHS) inspector general’s office to “withhold and alter certain information in the report of investigation because it was potentially embarrassing to the administration.”

The Post also reported that senior White House aides were given information suggesting that a prostitute had stayed in the hotel room of a member of the White House’s advance team, contrary to earlier denials that any member of the administration was involved.

Nearly two dozen Secret Service agents were disciplined or fired as part of the scandal, which began when Secret Service agents brought prostitutes into their hotel in Cartagena, Colombia ahead of President Obama’s trip to the Summit of the Americas in April 2012. The Post reports that the Secret Service twice shared the findings of its own internal investigation with top White House officials, who concluded that the advance team member had done nothing wrong.

Well yeah. They didn’t really conclude that he had “done nothing wrong.” They simply said that because of all the things they could say, that was the one that would bring them the least trouble with an election approaching. They obviously didn’t look at the facts in front of them and genuinely come to the conclusion that there was no problem here since they’re not actually stupid enough to believe that.

Any attempt by Congress to seriously investigate this would result in the usual charge from Democrats and their media allies that Republicans are manufacturing yet another “phony scandal,” a case they can make seem plausible because there are so damn many real scandals, investigating all of them would have to be what you do all the time. 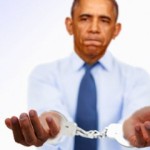 Does anyone who follows politics in this country still remember that covering up malfeasance until after an election is, in fact, a serious breach of trust with the public and deserves all the scrutiny and discussion it can possibly receive? Does anyone recognize that the fact it’s become commonplace is a reason to be more concerned about it, not less? Or did we just long ago reconcile ourselves to the fact that those governing this nation serve themselves and only themselves, such that we could stop worrying about it and choose instead to relax and enjoy it?

Because if that’s the case, and that’s where you stand, then congratulations on the role you’re playing right now in bringing this experiment in self-governance to a close. If that’s how so many of you think, maybe I shouldn’t be so surprised that certain dishonest, self-serving people are considered serious considers for the presidency. It’s hard to imagine a more worthy successor to Obama.

By Robert Klein Engler:  The unintended consequences of bad policies is nothing new. In an attempt to ban a book,...