For months, Western governments and media have accused Russia of supplying the anti-aircraft missile that brought down Malaysia Airlines Flight 17 killing 298 people. But now German intelligence has reportedly determined the missile came from a Ukrainian military base, writes Robert Parry. 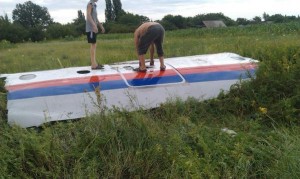 The West’s case blaming Russia for the shoot-down of a Malaysia Airlines plane over Ukraine last July appears to be crumbling as the German foreign intelligence agency has concluded that the anti-aircraft missile battery involved came from a Ukrainian military base, according to a report by the German newsmagazine Der Spiegel.

The Obama administration and other Western governments have pointed the finger of blame at Russia for supposedly supplying a sophisticated BUK missile system to ethnic Russian rebels in eastern Ukraine who then allegedly used the weapon on July 17 to shoot down what they thought was a Ukrainian military plane but turned out to be Malaysia Airlines Flight 17, killing all 298 people onboard.

The Russians denied providing the rebels with the weapon and the rebels denied shooting down the plane. But the tragedy gave the U.S. State Department the emotional leverage to get the European Union to impose tougher economic sanctions on Russia, touching off a trade war that has edged Europe toward a new recession.

But now the narrative has shifted. The German intelligence agency, the Bundesnachrichtendienst or BND, asserted that while it believes rebels were responsible for shooting down the plane, they supposedly did so with an anti-aircraft battery captured from a Ukrainian military base, according to Der Spiegel.

The BND also concluded that photos supplied by the Ukrainian government about the MH-17 tragedy “have been manipulated,” Der Spiegel reported. And, the BND disputed Russian government claims that a Ukrainian fighter jet had been flying close to MH-17 just before it crashed, the magazine said.

None of the BND’s evidence to support its conclusions has been made public — and I was subsequently told by a European official that the evidence was not as conclusive as the magazine article depicted.

Der Spiegel said the information given to members of a parliamentary committee on Oct. 8 included satellite images and other photography. What’s less clear, however, is how the BND could determine the precise command-and-control of the anti-aircraft missile system amid the chaotic military situation that existed in eastern Ukraine last July.

At the time, the Ukrainian army and allied militias were mounting an offensive against ethnic Russian rebels who were resisting a U.S.-backed coup regime that ousted elected President Viktor Yanukovych last February, touching off what quickly became a nasty civil war.

Spearheading Kiev’s summer offensive were pro-government militias, some of which were filled with neo-Nazi extremists and financed by Ukrainian billionaire oligarchs including Ihor Kolomoisky, who had been appointed governor of the southeastern Dnipropetrovsk Region. The ethnic Russian rebels also were a disorganized lot with poor command and control. 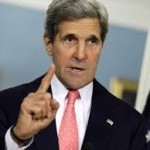 On NBC’s “Meet the Press,” David Gregory asked, “Are you bottom-lining here that Russia provided the weapon?”

Kerry: “There’s a story today confirming that, but we have not within the Administration made a determination. But it’s pretty clear when – there’s a build-up of extraordinary circumstantial evidence. I’m a former prosecutor. I’ve tried cases on circumstantial evidence; it’s powerful here.” [See Consortiumnews.com’s “Kerry’s Latest Reckless Rush to Judgment.”]

But some U.S. intelligence analysts offered conflicting assessments. After Kerry’s TV round-robin, the Los Angeles Times reported on a U.S. intelligence briefing given to several mainstream U.S. news outlets. The story said, “U.S. intelligence agencies have so far been unable to determine the nationalities or identities of the crew that launched the missile. U.S. officials said it was possible the SA-11 [anti-aircraft missile] was launched by a defector from the Ukrainian military who was trained to use similar missile systems.” [See Consortiumnews.com’s “The Mystery of a Ukrainian ‘Defector,’”] 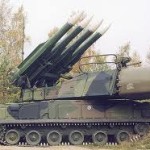 A source who was briefed by U.S. intelligence analysts told me that some analysts had concluded that the rebels and Russia were likely not at fault and that it appeared Ukrainian government forces were to blame, although possibly a unit operating outside the direct command of Ukraine’s top officials.

The source specifically said the U.S. intelligence evidence did not implicate Ukrainian President Petro Poroshenko or Prime Minister Arseniy Yatsenyuk but rather suggested an extremist element of the armed forces funded by one of Ukraine’s oligarchs.

Regarding the alleged Russian role, the source said the U.S. analysts had found no evidence that the Russian government had given the rebels a BUK missile system, which would be capable of shooting down a commercial airliner at 33,000 feet, the altitude of MH-17.

According to the Der Spiegel story, the BND reached the same conclusion, that Russia was not the source of the missile battery. But the BND and these U.S. analysts apparently differ on who they suspect fired the fateful missile. [See Consortiumnews.com’s “Flight 17 Shoot-down Scenario Shifts”and “Was Putin Targeted for Mid-air Assassination?”]

What has been curious about the handling of the MH-17 case is the failure of the Obama administration and other Western governments to present whatever evidence they have, whether satellite, electronic or telephonic so the investigation can proceed more quickly in determining who was responsible.

By withholding this evidence for nearly three months, the West has benefited from keeping alive the anti-Russian propaganda – blaming Moscow and President Vladimir Putin for the tragedy – but the secrecy has given the perpetrators time to scatter and cover their tracks.

With Der Spiegel’s report, it’s now clearer why the delay and the secrecy. If the missile responsible for bringing down MH-17 came from a Ukrainian military base – not from the Russian government – then a very potent anti-Putin propaganda theme would be neutralized. More attention also would focus on whether the missile battery was really under the control of a rebel unit, as the BND suggests – or was in the hands of anti-rebel extremists.

Investigative reporter Robert Parry broke many of the Iran-Contra stories for The Associated Press and Newsweek in the 1980s. You can buy his new book, America’s Stolen Narrative, either in print here or as an e-book (from Amazon and barnesandnoble.com). For a limited time, you also can order Robert Parry’s trilogy on the Bush Family and its connections to various right-wing operatives for only $34. The trilogy includes America’s Stolen Narrative. For details on this offer, click here.

A Big Win for Voter ID Laws in Texas

The Texas voter ID law, which was effective in November 2013 statewide constitutional elections, will be in place for the...