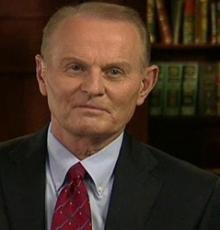 In response to subpoenas issued by the city of Houston to pastors who spoke out on same-sex marriage, a faith-based organization launched a petition demanding that the city end its “bullying.”

Shortly after the group began spreading the petition using the hashtag #HoustonWeHaveAProblem, social media users discovered Twitter had blocked it.

Not again! @Twitter is blocking you from typing www[dot]HoustonProblem[dot]com. Help us get the petition unblocked! #HoustonWeHaveAProblem

The petition, found on HoustonProblem.com, called on the city to stand down on its attempt to demand pastors hand over their sermons to the government.

By signing this petition, I stand with these valued faith leaders and demand that you cease and desist all bullying and other offensive actions against them. I also call on the City of Houston, in their quest to provide protection for LGBT citizens, to equally and explicitly acknowledge and ensure the equal rights of people of faith to live and express openly their deeply held religious beliefs.

A Twitter spokesman says the ban was a technical malfunction.

“The URL HoustonProblem.com was mistakenly flagged as spam last week, by an outside organization that tracks spam sources. We quickly restored access and apologize for the error,” the spokesman told The Daily Signal in an email.

Matthew Faraci, executive director at Faith Driven Consumer, which connects Christian consumers with faith-compatible companies, told The Daily Signal that while it is possible the two campaigns were blocked for technical reasons, it looks “suspicious.”

“We saw this during #IStandWithPhil, this happened to [former Arkansas] Gov. Mike Huckabee, and we know this also happened to [actor] Kirk Cameron, so fundamentally, someone needs to ask the question: Why is there a repeated pattern of behavior here?”

Within hours of Twitter’s addressing the problem with #HoustonWeHaveAProblem, which leads users to the petition found on HoustonProblem.com, the campaign garnered over 10,000 signatures.

“One of the things that we have found is that when people are prohibited from sharing content, in some senses they even become more passionate,” said Faraci, one of the main organizers of the campaign.

“They get creative to find different ways to get around the block and share content anyways—but it’s still a challenge.”

After coming under fire from leaders such as Sen. Ted Cruz, R-Texas, who called the subpoena an “assault against religious liberty,” the mayor backtracked on her demands.

As of Friday, the city was asking pastors for “[a]ll speeches or presentations related to [the Houston Equal Rights Ordinance] or the petition prepared by, delivered by, revised by, or approved by [the pastors] or in [the pastors’] possession.”

In an era where transparency is the expectation, we encourage Twitter and other social media sites to be very open about how this whole process works in order to reassure the public that there is fair and equal treatment for people of all perspectives.

Twitter did not respond to follow-up questions from The Daily Signal about how many websites it flags as spam each day.

Ultimately, Faraci asked: “What pro-LGBT site on the other side has been blocked? I really challenge you to find it.”

In Case You Missed It:  Pfizer Asks FDA to Approve Their Covid-19 Vaccine for Children Aged 5 to 11
Posted in Freedoms and tagged Foundry, Freedom, homosexuality, Liberalism.

By Fayetteville Observer (NC) October 21, 2014 11:55 am Dawn McNair said she was surprised Sunday when her daughter pointed...