News media this week exposed that the Department of Homeland Security is gearing up for the massive immigration surge that would result from an executive amnesty. Pres. Obama has threatened to grant amnesty and work permits to an estimated 5-6 million illegal aliens after the mid-term elections. 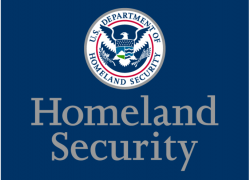 The total bid request is for 34 million ID cards, which, interestingly, is about the same number of work permits that would have been issued in the first 10 years if S.744, the Schumer-Obama-Rubio amnesty bill, became law.

The White House has been coy about the bid request despite the fact that it specifically refers to “future immigration reform initiatives”. During Wednesday’s daily press briefing, Press Secretary, Josh Earnest, tried to deny a connection between the bid and Pres. Obama’s anticipated executive action.

CBS and National Journal correspondent, Major Garrett responded to his answer with, “Don’t be absurd with us!”

EARNEST: “You would have to ask [DHS] about the policies that govern their procurement of green paper (referring to the bid). I’m not trying to be clever. I’m trying to be as straightforward as I can. The White House does not make specific direction to agencies about which supplies they should order.”

EARNEST: “The fact of the matter is there are still decisions to be made about what that policy will entail. When we’re ready to announce that policy, we’ll do it. What I would caution you against doing is making assumptions about what will be in those announcements based on the procurement practices of the Department of Homeland Security.”

In the end, Earnest backed off his denial, but instead cautioned not to predict the scope of the President’s action based on the size of the bid request.

Many of you received an email from Van on Thursday with details for nationwide protests against Pres. Obama’s executive action that are taking place today and tomorrow. If you’d like more information about those protests, click here.

President Obama’s trusted senior advisor, Valerie Jarrett, was a key player in the effort to cover up that Attorney General...