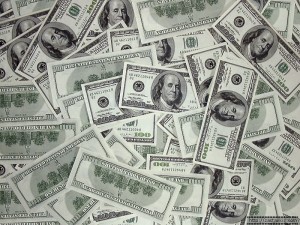 That was the name given to the grassroots movement that came together in response to the $2.8 billion tax increase New Jersey Gov. Jim Florio pushed through after taking office in 1990.

Florio, a Democrat,  had said throughout the campaign that he saw “no need for new taxes.”  When he went back on his word, the state erupted.

Bumper stickers such as “Impeach Florio” and “Florio Free in ’93” were distributed widely across the state at Hands Across New Jersey rallies. The movement officially was non-partisan, but its activism worked to the advantage of Republican candidates.

Bell is in an uphill fight to unseat Cory Booker, the incumbent Democrat, in the Nov. 4 election for U.S. Senate.

Booker, 45, the former Newark mayor who prevailed in a special election last year to fill the remainder of Sen. Frank Lautenberg’s term after his fellowDemocrat’s death, is well-known, well-funded and widely expected to win handily.

But Bell, a political lifer who knocked off four-term incumbent Clifford Case in the Republican primary for Senate in 1978 only to lose to Hall of Fame basketball player, Rhodes Scholar and Princeton grad Bill Bradley, thinks he might still have a chance to catch lightning in a bottle in 2014.

“Timing matters for Republican candidates in New Jersey,” Bell, 70, says during a fundraiser late last month in Lawrenceville, N.J. “I’m blessed with timing because [President] Obama’s numbers have collapsed in a state that he carried twice. Obama actually did better here in 2012 than he did in 2008. That makes the race look impossible. But his collapse in this state is greater than it is in other parts of the country.”

Obama a Drag on Booker?

Indeed, polls earlier this month showed Obama reaching an all-time low in the Garden State. A Monmouth University-Asbury Park Press poll found 41 percent of registered voters in New Jersey approved of  the president’s job performance and 54 percent did not.

That’s a precipitous drop from 2012, when Obama got what some pollsters described as a Hurricane Sandy bump contributing to his 17-point margin of victory in the Garden State, up from 15 points in 2008.

And Booker “can’t separate himself from the president,” Bell says. He’s “an Obama clone … in lock step with Obama.”

The Real Clear Politics average has Booker up by about 12 points. A closer look at the polling of voters who say they have made up their minds, though, has Booker up by just five points, according to an analysis in The Weekly Standard.

That’s a big part of why he has agreed to only one debate with Bell, set for Saturday night. A debate for Booker is nothing but an opportunity to make a mistake.

Tying the opponent to an unpopular president may work in some places, but it’s unlikely to be enough in New Jersey. Registered Democrats there outnumber Republicans by about 700,000.

Most voters are unaffiliated, however, and Bell says his “special plan” to restore America’s economic vitality that will appeal to those independent-minded voters.

Bell favors returning the U.S. to the gold standard for the first time since 1971. The basic idea is to attach the value of the dollar to a fixed amount of gold; no more currency would be  issued on the full faith and credit of the U.S. government.

The gold standard, Bell argues, would help to stabilize prices and put an end to the Federal Reserve’s “irresponsible” policy of near-zero interest rates, which he calls a “hindrance to middle-class prosperity.”

The Fed has made it difficult for typical  citizens to preserve and grow their savings with interest rates so low, Bell says. Small business owners haven’t been able to acquire loans from banks, he adds, because they’re not willing to take the risk with such low returns.

It’s one thing to try to win as a Reagan Republican in deep-blue New Jersey. It’s another to try to animate middle-class voters around an esoteric aspect of monetary policy.

But Bell insists this is an issue that should interest rank-and-file voters.

“I’m offering a solution to a problem that affects middle-class people,” he says, adding:

“They may not be talking about the gold standard right now, but they are aware of the problems the gold standard would address–rising prices at the grocery store, the gas pump and college tuition. If you like the way things are, you have Cory Booker. But if you think outside of the box, and are opposed to the status quo, then I have a plan.”

Two voters, hearing Bell speak on the issue at Rider University in Lawrenceville, offer critiques that illustrate the challenge and opportunity of his message.

“I’m not sure he’s going to be able to reach young people with this message,” says David Kimball, a junior with a double major in history and politics who credited Bell for putting a specific idea on the table. “The municipal property taxes are what affect my business, not so much what might happen at the state or federal level.”

But Joe Teti, a retired businessman from the Rider class of 1965, says Bell “described the gold standard in a way that matters to the man on the street.”

Booker, who declined comment for this report, has expressed opposition to the gold standard in the past. Bell thinks he knows why.

“I don’t think Booker has a firm understanding of the issue,” Bell says. “He just has an appeal to authority. He points to economists who are opposed to the gold standard. But economists are often wrong.”

Booker appears to be taking no chances with Bell.

The incumbent Democrat, whose fundraising prowess on Wall Street is well documented, had $3.5 million in cash on hand as of June 30. By that time, Bell had raised only about $300,000 in all.

Gov. Chris Christie has held two fundraisers to help Bell. But Christie, chairman of the Republican Governors Association, spent much of the year out of the state stumping for other candidates and raising his own profile for a possible 2016 presidential run.

Bell says he debated Bradley 21 times when they squared off in 1978. He recalls Bradley’s willingness to engage with opposing points of view, which he says is sorely lacking in Democratic candidates now.

“The Democratic Party and the left are not used to debates,” Bell said during the Sept. 29 forum at Rice. “They don’t like debates because they assume they are correct, so they are not tested.”

But if Booker won’t debate an he fundraising mismatch doesn’t abate, can a Reagan Republican who wants to take America back to the gold standard prevail?

Christie manages to win in New Jersey as an unapologetic conservative. The pro-life Catholic governor with the ample waistline and direct manner of speaking won re-election with more than 60 percent of the vote despite vetoing funding for Planned Parenthood five times.

Christie not only improved his margin of victory, he won majorities of women and Hispanics.

But the governor is a “remarkable talent” who is “spontaneous on stage and can hold an audience,” Bell says.

And Bell knows he is a 70-year-old former think tank executive and two-time Senate loser who hasn’t been on a ballot in 32 years.

But not all is lost. New Jersey, one observer of  state politics notes, is not as monolithically blue as often portrayed.

“While the media describes New Jersey as a deep-blue state, that doesn’t mean there aren’t a lot of Republicans,” says Ben Dworkin, director of the Rebovich Institute for New Jersey Politics and a political science teacher at Rider. “Bell will certainly win 40 percent of the vote. The question is, how much above 40 percent can he get, and can he make it a single-digit race?

New Jersey has some history of underfunded Republican candidates for Senate turning in unexpectedly strong challenges against well-funded opponents.

Steve Lonegan rallied to within 11 of Booker in 2013. Robert D. Franks, a former Republican congressman, came within a few percentage points of upsetting Democrat Jon Corzine in 2000 despite being heavily outspent.

And, in 2002, Republicans almost got a free Senate seat when then-Sen. Robert Torricelli ended his re-election campaign because of ethical allegations 35 days before voters went to the polls. State law forbids replacing a candidate within 51 days of an election, but a New Jersey Supreme Court ruling made it possible to switch out Torricelli’s name for that of Lautenberg, who had retired from the Senate in 2000.

But it’s the 1990 Senate race, the one coinciding with Hands Across New Jersey  rallies, that Bell views as the most instructive to this moment.

“Whitman ran on one issue back in 1990, and that was the Florio tax increase,” Bell says. “Bradley would not take a position on the tax increase, and there’s no question that it hurt him.”

Could Jeff Bell pull it off?

“Bell has always been ahead of the curve,” says Dwokin, the political science professor, says. “He ran as a Reagan Republican pushing for tax cuts before Reagan was the Republican presidential nominee. Who knows? Maybe two years from now we will all be talking about the gold standard.”

By Chris Chmielenski News media this week exposed that the Department of Homeland Security is gearing up for the massive...