Please let us reason together for a few moments without respect to anything we may or may not be a member of, but just Americans who love to be free. I am very concerned that the Socialistic Liberals within our Federal Government are leading us down the path to the complete loss of all Individual Liberty in the United States of America. I literally cry real tears in my observance of the death of our Constitution and the Liberty it provides. 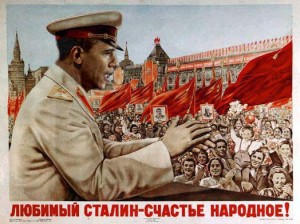 I sit alone in the quiet of my study at times, as I am now, and do my utmost to honestly understand why, why have the American people seemingly become so willing to just watch, and in many cases, actually embrace the death of their own Individual Liberty, their God given right to make their own decisions and be responsible for themselves.

The greatest possession a human being has is Liberty, the freedom to think and act and be responsible for ourselves, to pursue our happiness in our own way, without the oppression and regulations of an all powerful, unlimited government. For over two hundred years we in America have been blessed with our God given Liberty. It has now become our most abused, neglected and ignored possession. The men who founded our nation, did so upon the belief that the government’s primary purpose was to protect and defend Individual Liberty so we could pursue our own happiness.

The actual founding was the establishment of a Federal government, limited in its power, ruled by a Constitution and Bill of Rights. Benjamin Franklin realized and understood that the only thing which could preserve it, or lose it, was the people themselves. That understanding was evident in his reply to a reporter when asked upon his emergence from the Constitutional Convention Hall, “What have you done in there?” His reply was, “We have given you a Republic, if YOU can keep it.” I would ask you to now stop reading for just a moment and sit back, close your eyes, and think deeply about his answer.

From that founding moment, the struggle between the government’s over reach of power and the citizens right to Individual Liberty has never stopped. Over the course of time in that struggle, we have allowed Individual Liberty to be sacrificed on the altar of government provision and entitlements. We have now placed ourselves in a position where the Liberty which our founders envisioned and gave us is barely recognizable. And through the currant leadership of Barack Obama, Harry Reid and others, we are on the precipice, teetering on the edge, of losing what little Liberty we have left. A good example is the fact that the Affordable Care Act (ObamaCare) is nothing more than the remaining air of life being sucked from the lungs of Liberty, government forcing you to live the way it thinks you should.

My dear, dear friends, we are allowing the government to force us into returning to a life of bondage. We must begin fighting back and save ourselves from returning to the deep, dark cavern of slavery to the government. It has been stated, ” We are not losing our Liberty from one huge chop of an ax, but the slices of a thousand cuts of the sharp razor of Socialism.” Someone said, “Government has sliced away for generations at Liberty all under the guise of a paternal mentality of providing for the average citizen,”  Our government, under the leadership of President Obama and Harry Reid, is now promoting the notion, that it’s alright for people who will not work to just live off the backs of those who will.

I don’t know if we can restore our Constitutional Republic to it’s greatness, but WE MUST TRY. You and I do the hiring and firing of those in our government. We now find ourselves in that Constitutional process with the elections only 8 days away. I plead to all freedom loving Americans who respect the Constitution and our Judeo-Christian heritage, to lay aside differences and issues that could be addressed at another time and present a national united front to combat Barack Obama, Harry Reid and the Senators in some of our states, who ARE united in their efforts to fundamentally change America and place us all in bondage under the huge thumb of the Federal government. If we don’t, I have a great fear that WE will have failed to “keep it,” and it will be gone from our lives forever.

I Leave you with a quote from Thomas Jefferson, spoken at the time of the forging of our Constitution: “The issue today is the same as it has been throughout all history, whether man shall be allowed to govern himself or be ruled by a small elite.”

STOPPING SOCIALISM IS THE MOST IMPORTANT ISSUE BEFORE THE AMERICAN PEOPLE IN THIS ELECTION.

Until next time, may God bless and keep you.

By Gail Jarvis  Liberals maintain that there is only one side to every story. Their side. Because their political views...